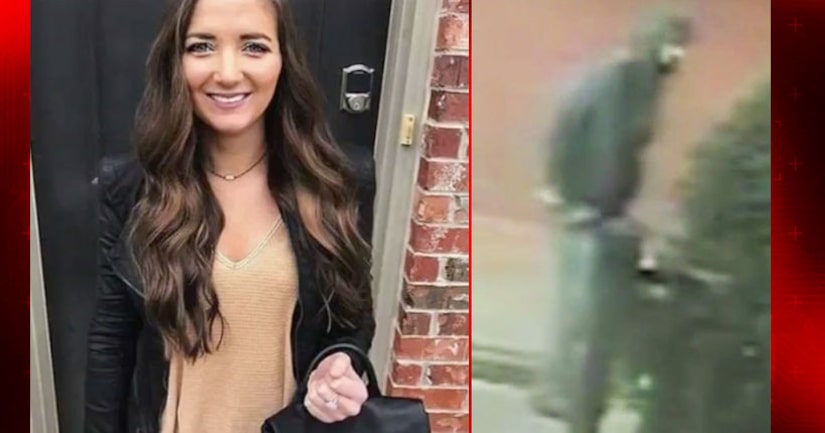 NASHVILLE, Tenn. -- (WZTV) -- Metro Police searched Wednesday for the man they believe killed a nurse during a burglary in Wedgewood early Tuesday morning.

It's a trip that no one should have to make, but Tiffany Ferguson's family is in Nashville Wednesday at her Wedgewood Avenue condo. Metro Police said an intruder fatally stabbed her before 6 a.m. Tuesday.

“The roommate heard screams that caused her to come out of her bedroom, the front door of the apartment was open, and found her roommate suffering from multiple stab wounds," said Metro Police Spokesperson Don Aaron.

With the pain so deep, Ferguson's family isn't speaking on camera, but friends are.

“We really want to make sure her killer is brought to justice," said Jaime Minor. "That doesn't make anything better with her being gone, but that's the most productive thing that we can do as her friends."

Minor met the 23-year-old Ferguson at the University of North Alabama, and both moving to Nashville after graduation with several other friends.

“I know her roommates, a hard thing for them to have to deal with," Minor said. "It being an intruder in someone's home, that's terrifying. One reason they selected the apartment that they did, was that it was in a better part of town and they felt safer there. This really could happen to anyone, and it doesn't matter what part of town you live in.”

According to Metro Police, officers worked overnight and throughout Wednesday at the scene, trying to locate the suspect. Police said security camera video shows him walking on Ridley Boulevard leaving some stolen items behind for officers to find. Unfortunately, it doesn't include Ferguson's life. Friends say her beauty went deeper than looks with going on mission trips and working as an ICU nurse at St. Thomas West.

“She was always caring for other people through her time at university and here in Nashville and at her home in Loretta, Tenn.," Minor said. "She touched many lives."

Police added more patrol to the area. MNPD said the Mid-town Hill Precinct is working with condo management and holding a community meeting to discuss safety with residents and hear their concerns.

MNPD said the murder suspect wore a zip hooded sweatshirt, blue jeans with apparent holes in the rear knee area of both legs as well as the front, and boots.

Anyone recognizing the man from the surveillance video is urged to immediately contact the Emergency Communications Center at (615) 862-8600 or Crime Stoppers at (615) 742-7463. Callers to Crime Stoppers can remain anonymous and qualify for a cash reward.