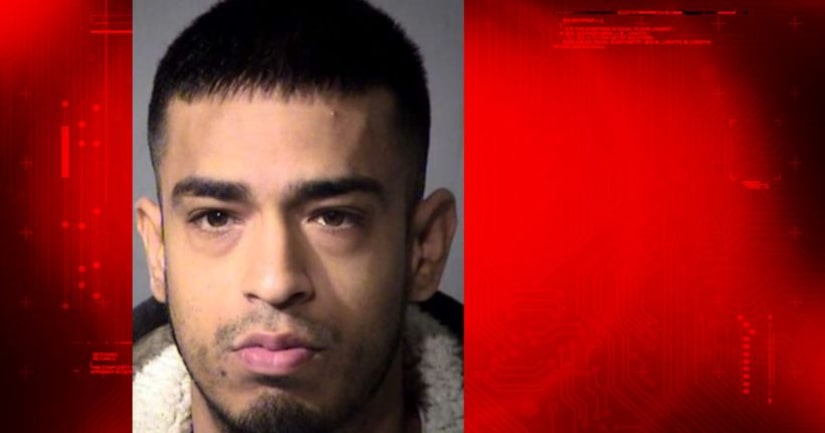 PHOENIX - A Phoenix father has been arrested for abusing his three-month-old daughter, resulting in her being put on life support.

Court records show that on February 27, a man reportedly threw bottles at his daughter's head, dropped her on the bed, and threw her against the headboard, causing multiple severe injuries.

Phoenix police report that about 4 a.m. they received a call saying a 3-month-old child was unresponsive and had visible signs of injuries to her face and head at a home near 14th Street and Roosevelt.

Doctors reported to police that the child was suffering from internal bleeding and a possible skull fracture.

Police say the father of the child, 27-year-old Jose Antonio Orellana-Ruiz, requested that the girl's mother allow her to spend the night at his home. He says the baby would not stop crying and coughing throughout the evening. He allegedly admitted to losing his temper and threw a full bottle of baby formula at the child's head twice.

He also reportedly told police that the baby kept crying, so he lifted her up and dropped her on the bed and later threw her against the wooden headboard twice, striking her head.