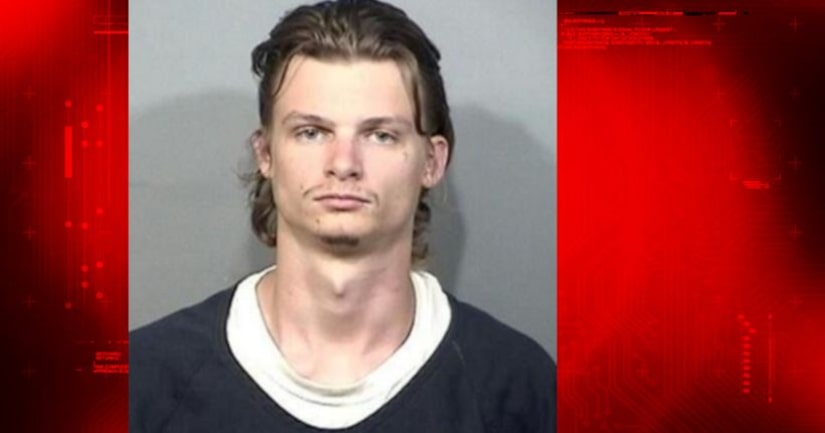 MELBOURNE, Fla. -- (WKMG) -- A man is accused of beating his pregnant girlfriend, tying her to a chair, holding a knife to her throat and snatching her 9-month-old baby, according to the West Melbourne Police Department.

The incident began Wednesday night at the home Jeremy Christian Barry, 23, shares with his 20-year-old girlfriend. Barry tied the victim to a chair and held a knife to her throat, police said. The victim was able to escape to a relative's house around 1:30 a.m. Thursday.

The woman called police and filed a report. After they left, Barry showed up at the home claiming to be a police officer, and when the victim opened the door with her baby in her arms, Barry pushed the woman aside and grabbed the child, according to a news release.

Barry took the victim's phone and threw it in a toilet when he saw her attempting to call 911, police said.