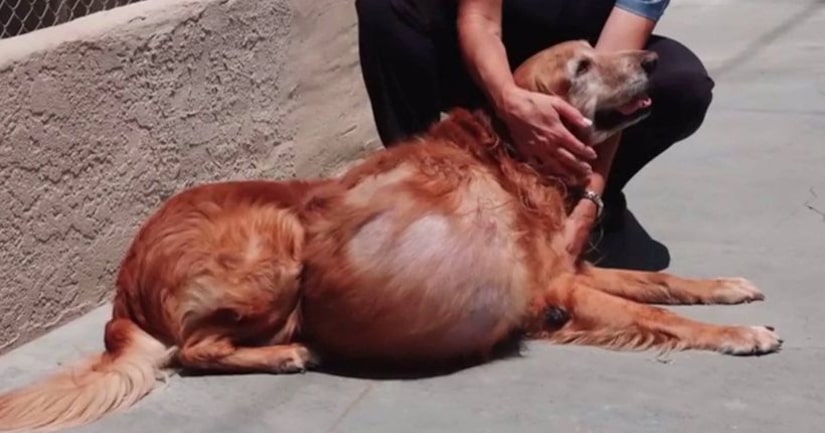 IRVINE, Calif. -- (Los Angeles Times/KTLA) -- The former owner of a golden retriever named Henry, who in May was left at a Newport Beach animal hospital while stricken with a 42-pound malignant tumor, was arrested Wednesday after she didn't appear in court to face criminal charges in the case.

Sherri Haughton, 52, of Irvine was scheduled to be arraigned Jan. 13 in Orange County Superior Court on four misdemeanor charges stemming from Henry's condition, but she did not attend the hearing. A warrant was issued for her arrest, authorities said.

Authorities tried to contact her at her former Newport Coast address but found that she no longer lived there. Newport Beach officers arrested Haughton about 12:30 p.m. Wednesday in Irvine, according to Police Department spokeswoman Jennifer Manzella.