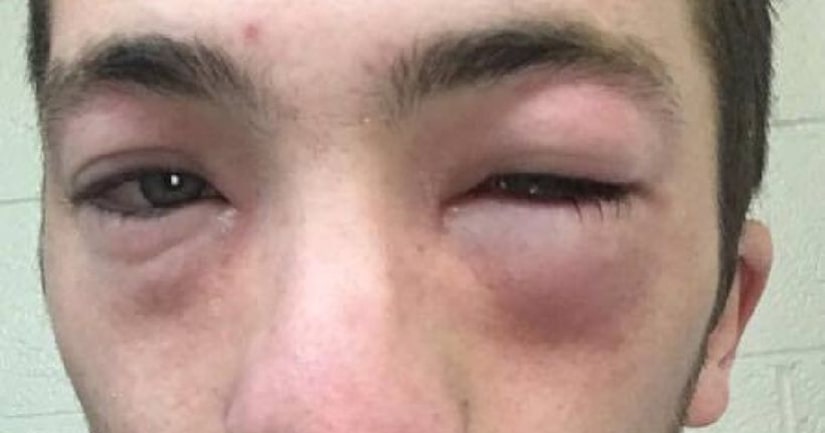 Teresa Seely posted a photo of her son on Facebook taken last October showing what she says [happened] to him after peanut butter was smeared on his face while he was passed out.

"He could have been killed. He was sent to the campus health clinic by a professor and treated. Luckily he is still alive," said Seely in her Facebook post.

Seely says she has notified campus police, Central Michigan University Police, and has contacted an attorney.