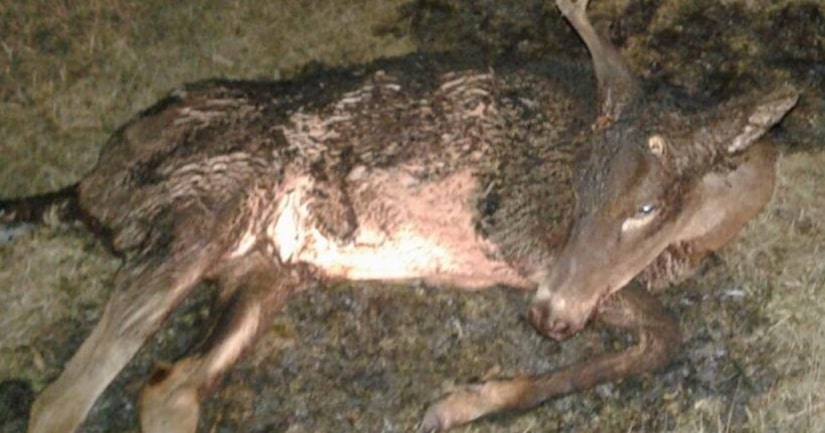 FULTON COUNTY, Ind. -- (WXIN) -- Indiana DNR officials are investigating after a deer was found burning alive on the side of the road.

Police were called to the intersection of State Road 25 and County Road 400 North in Fulton County on February 16 after a passerby noticed the burning deer.

Investigators believe the deer was struck and injured by a car. Someone then poured accelerant on the deer and ignited it. The deer was still alive when officers arrived at the scene. Officers put the deer down and started an investigation.

According to the Indiana DNR, the deer was struck by a blue or black GM model, possibly a 1992-2002 Camaro, Trans-Am, or Firebird, based on the car parts found at the scene.