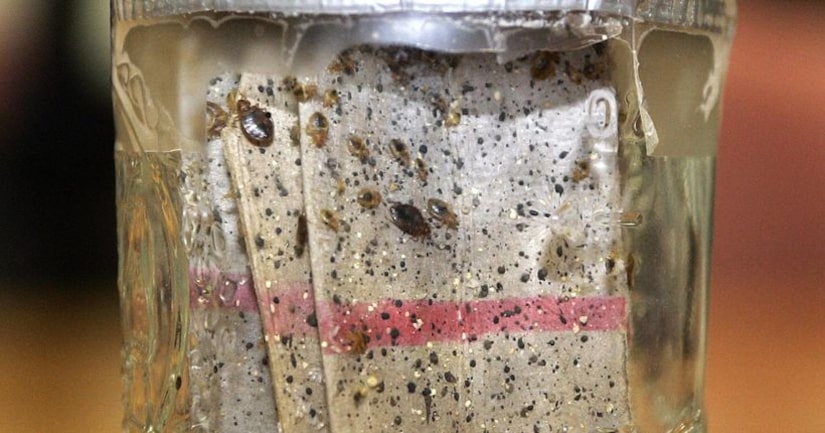 WEST MANHEIM TWP., York County, Pa. -- (WPMT) -- Investigators say the death of a 96-year-old woman in 2016 was the result of an infection caused by bed bug bites, and last week they filed charges against her caretaker. Deborah May Butler, 72, is charged with neglect of a care dependent person and involuntary manslaughter in the death of Mary Stoner, 96.

Stoner was taken to the hospital on February 6th of 2016. She was suffering from multiple skin sores and cellulitis, a bacterial infection of the skin. Doctors said Stoner's condition was the result of bites she received from a bed bug infestation at 2015 Baltimore Pike in West Manheim Twp., where she was living under the care of Butler. Butler had cared for Stoner for about ten years, first at her former business, Luckenbaugh Personal Care Home, located at 2040 Baltimore Pike. After she closed that business, Butler was paid to care for Stoner and another woman at her private residence across the street.

Stoner's family told police they noticed on January 31st that her health had drastically declined. They took her out of Butler's home on February 6th. She complained of substantial pain and was barely able to walk. When they undressed Stoner in preparation for a bath, they noticed a severe rash covering more than half her body. She was then taken to the hospital via ambulance.When police went to the home on February 7th to check on the other patient residing there, an 88 year-old woman, they saw several bed bugs scurrying along her bed covers and the pillow beneath her head. She told police she was blind and that she could feel the bed bugs crawling and sometimes they bit her. She said Butler had been trying to get rid of the bed bugs for about a year.

Stoner's former bedroom was checked and it appeared to be in the process of being cleaned. According to court documents, the mattress had been stripped from the bed and was against the wall. Police saw a pillowcase with what appeared to be blood stains. Police said bed bugs were crawling on another woman who was asleep in the home. She was identified as a relative of Butler's.

Bed Bug Kits were found in the basement. Butler told police she knew she had a bed bug infestation and had been trying to get rid of them since September of 2015. She said she could not afford a professional exterminator. Butler said she took Stoner to a doctor in January because she'd been scratching her neck. They thought this had been due to anxiety. Butler failed to tell the doctor about the bed bugs. It was treated with an ointment applied three times per day. Butler said she'd noticed no change in Stoner between the doctor visit until her family took her home, a period of 17 days, save for a spot on Stoner's neck that “looked like raw meat.”

Charging documents state that Stoner's condition was visible and was in obvious need of medical attention. Butler sought no additional medical care, depriving her of pain relief and preventative healthcare. The doctor Stoner visited, Dr. Kurt Thomas, diagnosed Stoner with scabies. He said if he had been told about the bed bugs, his diagnosis and subsequent treatment would have been different.