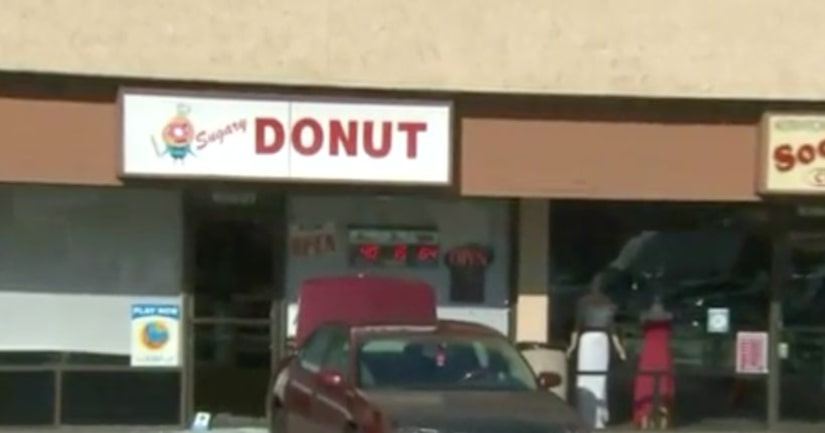 LANCASTER, Calif. -- (KTLA) -- A doughnut shop employee in Lancaster stopped an apparent burglary when he shot and killed one of two people [who] broke a window to get inside the shop early Friday morning, authorities said.

Two people pulled up to the doughnut shop, which was still closed at the time, and got something out of their trunk, Carino said.

“They smashed the front window and went inside. Apparently to steal whatever was inside ... such as a cash register or a safe or any money,” Carino said.

What the two likely didn't realize, was that an employee was inside the shop, Carino said.