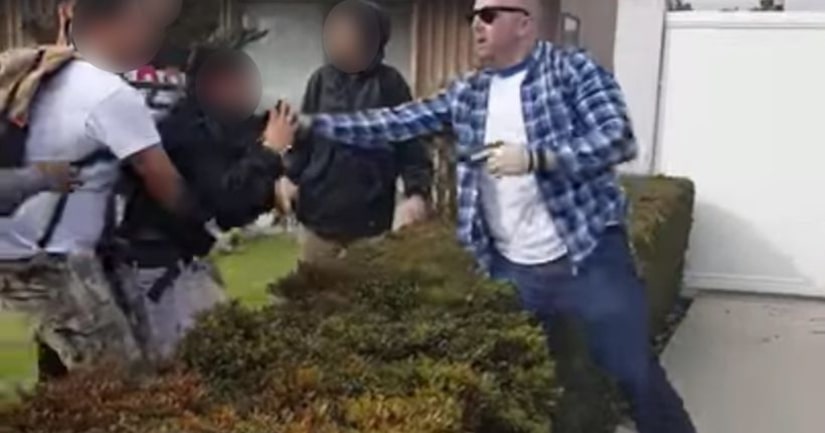 ANAHEIM, Calif. -- (KTLA) -- Anaheim's police chief on Thursday said criminal charges could still be sought against "any and all" involved in a caught-on-video incident in which an off-duty LAPD officer fired a weapon during a struggle with a 13-year-old boy earlier this week.

Speaking at a news conference in the early afternoon, Chief Raul Quezada said the incident was part of an "ongoing dispute" involving multiple juveniles walking across the officer's lawn, which escalated Tuesday afternoon into a confrontation between the teen and off-duty officer.