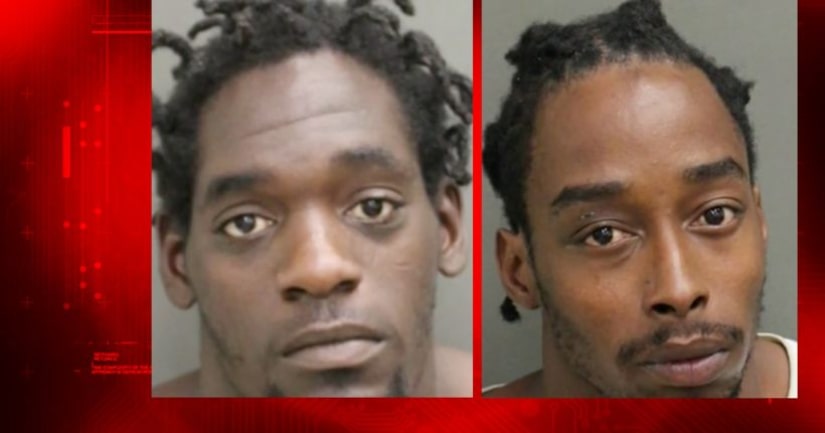 WINTER GARDEN, Fla. -- (WKMG) -- Two men are facing a slew of charges after deputies say they threw a brick through a car window Saturday night while attempting to carjack a pair of women leaving a blues festival in downtown Winter Garden, according to the Winter Garden Police.

Carol Ann Hall told deputies that she and her friend, Morgan were about to get into their 2013 Ford Focus when Lucius Jeanfort, 20, and Shannon Taylor, 26, approached them, police said.

“This is a carjacking,” one of the men said while ordering the women to step away from the vehicle, according to the arrest affidavit.

The women tried to shut the car doors while the men tried to pull them open. One of the men grabbed Hall's shirt and pulled in an attempt to get her away from the car, then took the keys from her and both suspects ran off into the bushes, police said.

"He pulled my whole upper body out of the car and pulled my shirt off," Hall told News 6.

The women shut the car doors, locked them and called 911. The men emerged from the bushes, stood in front of the car and threatened them with a brick so they would get out, the affidavit said. Morgan got out, but when she saw Hall in the driver's seat wasn't budging she decided to get back into the vehicle.