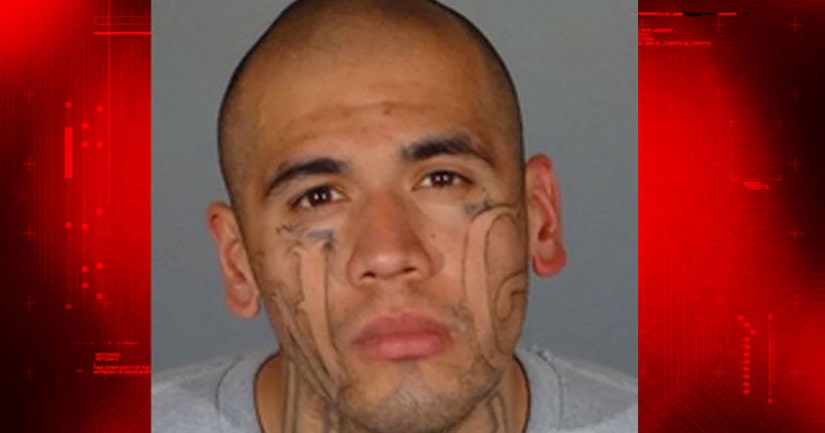 LOS ANGELES -- (KTLA) -- The man suspected of killing a police officer in Whittier and his own cousin in East Los Angeles was identified on Tuesday afternoon as 26-year-old Michael Christopher Mejia, the Los Angeles County Sheriff's Department said.

Torres was shot to death in the 1400 block of Volney Drive in East Los Angeles around 5:30 a.m., according to Rudy Molano with the L.A. County coroner's office.

The slain officer was described as a veteran of the department who was among "the best of the best," according to Whittier Police Chief Jeff A. Piper.

The second officer, identified as Officer Patrick Hazel, is expected to survive.

Boyer and Hazel were responding to a traffic collision around 8:30 a.m. Monday when the shooting happened, according to sheriff's Lt. John Corina.

The suspect, who was driving a vehicle allegedly stolen out of East L.A., had rear-ended a car on Colima Road and Mar Vista Street, a sheriff's news release stated.

When the officers contacted Mejia they asked him to get out of the vehicle and were going to pat him down to check for weapons, according to Corina.

As he exited the car, the suspect brandished a handgun and shot at the officers, who returned fire, the release stated. It was unknown how many shots were fired during the close-range gunbattle.

Mejia was also injured and hospitalized in stable condition.

A spokesman for the California Department of Corrections and Rehabilitation said Tuesday that Mejia was not on parole, but had been released to the supervision of the county Probation Department in April 2016.

According to the Los Angeles Times, Mejia was sentenced to four years in state prison in 2010 for robbery, and another two-year sentence in 2014 on charges including grand theft auto.

L.A. County jail records show six arrests for a Michael C. Mejia since July 2016, including Monday's and two others this year.

Mejia was last arrested on Feb. 2 -- his second in 2017 -- for violating his release terms, the Times reported. He served a 10-day sentence before being released again.

A motive for the first shooting remains under investigation.

Mejia remains hospitalized and has been booked on suspicion of a probation hold, according to the release. He is being held without bail.

Charges have not yet been filed in the case. 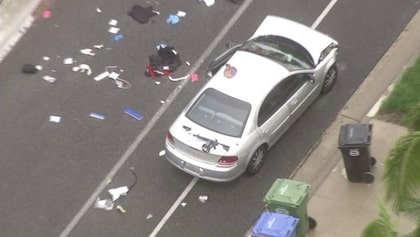