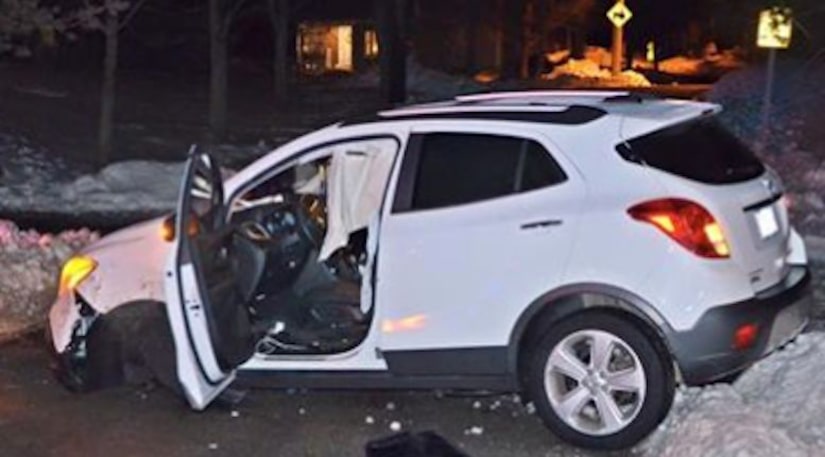 HINGHAM, Mass. -- (WGCL) -- Police were baffled after a woman accused of causing a crash while under the influence continued to drink from a bottle of wine as officers asked for her license and registration.

The incident happened in Hingham, Massachusetts, on Valentine's Day.

The Hingham Police Department posted pictures from the scene on the department's Facebook page. According to the post, the woman crossed the center line and struck another vehicle but no injuries were sustained.