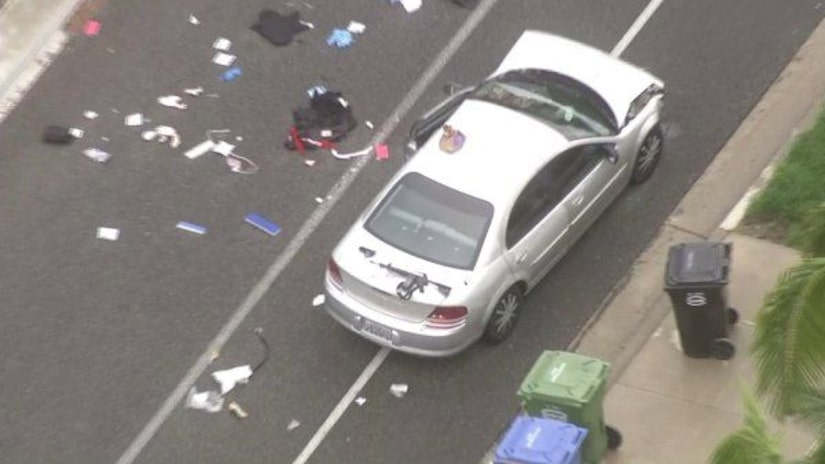 LOS ANGELES -- (KTLA) -- One Whittier police officer has died and another officer was wounded in a shooting that also left a male suspect injured Monday morning, authorities said.

The shooting occurred around 8:30 a.m. in the area of Colima Road and Mar Vista Street in Whittier, the Sheriff's Department said in a news release.

The two police officers and the suspect were all initially transported to local hospitals in unknown conditions, the release stated.

At a news conference more than two hours after the shooting, authorities confirmed one of the officers struck by gunfire had died.

Few details have been released about the incident, and it was not immediately clear what prompted the shooting.

Sky5 aerial video over the scene showed the driver's side and rear passenger windows of a Whittier police SUV partially shattered, though it was unclear whether that was from gunfire.

A sedan directly in front of the SUV had front end damage, and a weapon was visible on top of the car's trunk, the footage showed.

Anyone with information about the shooting is asked to call the sheriff's Homicide Bureau at 323-890-5500.