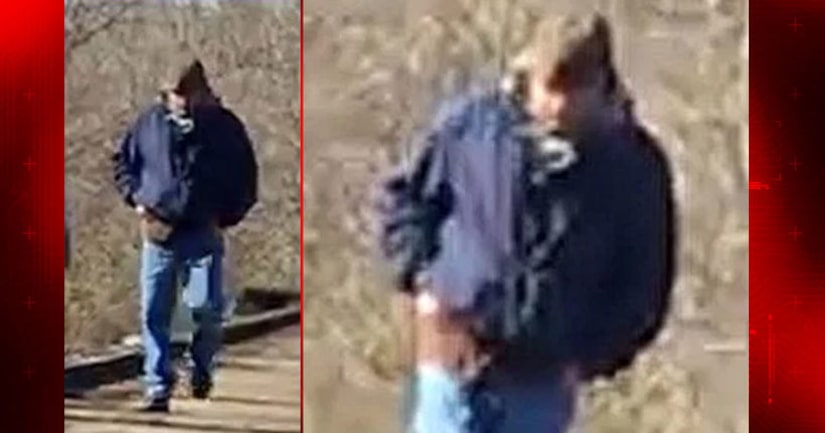 UPDATE Feb. 22, 2017: Investigators released an audio clip of the voice of a suspect in the homicides of two Delphi teenagers, WXIN-TV reports .

DELPHI, Ind. -- (WXIN) -- Indiana State Police say a man photographed on the trail where two murdered Delphi teens were last seen is now considered "the main suspect" in their killings.

The man previously had been considered a person authorities wanted to speak to in the investigation of the killings of 14-year-old Liberty German and 13-year-old Abigail Williams.

Delphi resident Mary Harrington says she saw a flurry of activity, with local, state and federal officers and agents rushing in and out of the municipal building Sunday.