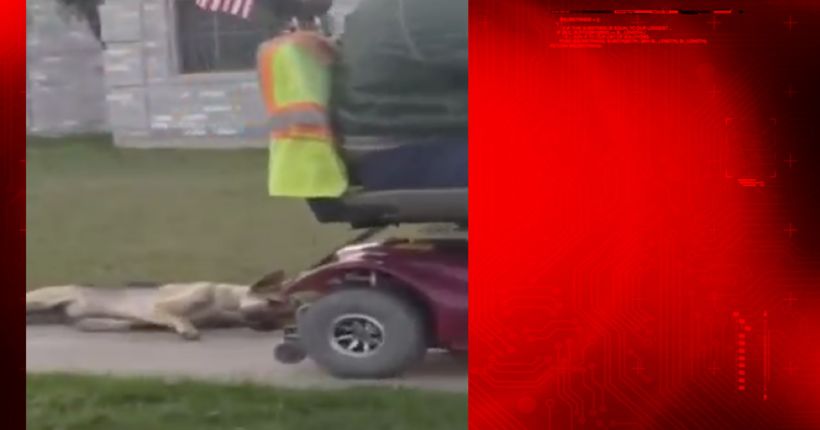 KABB
The man allegedly dragged the German Shepherd behind him for about two blocks.

MISSION, Texas -- (KABB) -- Mission police arrested a man Thursday morning after a video showing him dragging a dog behind a motorized scooter surfaced, according to Lt. Jody Tittle with the Mission Police Department.

The incident happened at the 3000 block of Sierra Court at about 6:20 p.m. on Wednesday.

Melissa Torrez was leaving her home when she spotted her neighbor committing what she says was an act of animal cruelty.