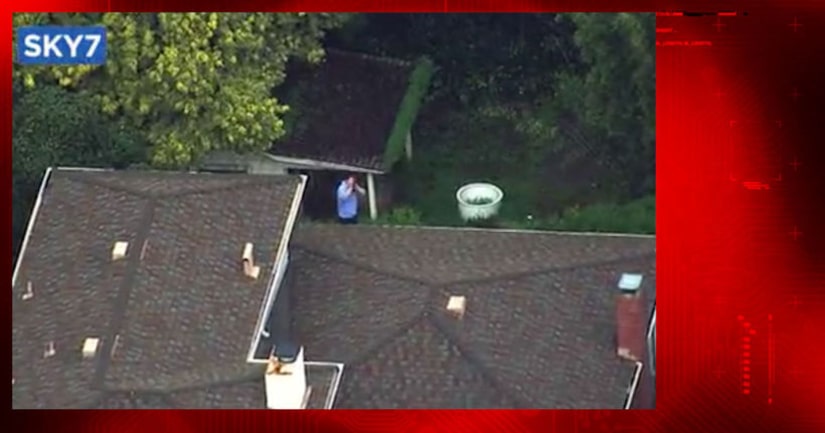 OAKLAND, Calif. -- (KRON) -- A man with a rifle in East Oakland has been disarmed and detained Friday morning, according to police.

At 9:05 a.m., Oakland police responded to the 9500 block of Las Vegas Avenue on a report of a man armed with a rifle and shooting in the neighborhood.

When officers arrived on scene, the suspect, identified as Jessie Enjaian, was in the street and began shooting at an officer, according to police.

Helicopter over the scene showed the man inside of a house pointing a rifle out of the window. At one point, he came outside and began spray-painting obscene graffiti on the neighbor's garage and car.

Police say he fired several shots. Some buildings in the area were hit.

The California Highway Patrol shut down eastbound I-580. Bishop O'Dowd High School and nearby businesses were put on lockdown.

An Oakland officer discharged his firearm, but it is unknown if the suspect was hit.

The man was taken to Highland Hospital where he is receiving medical attention.

By 10 a.m., police said they had detained the suspect and reopened the highway. They lifted all lockdowns at 10:15 a.m.

No officers were injured during the incident.