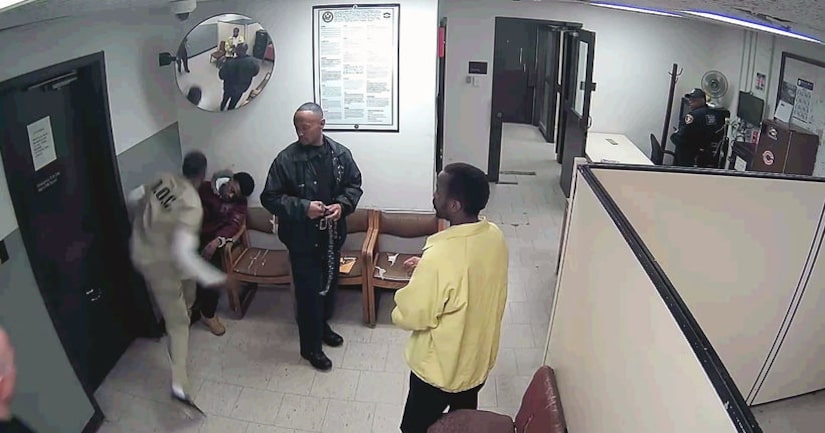 Waiting for your permission to load Vimeo video.

CHICAGO -- (WGN) -- The suspect in 11-year-old Takiya Holmes' death was attacked by another inmate as he waited for his hearing on Wednesday, as surveillance video released by the Cook County Sheriff shows.

While 19-year-old Antwan Jones was waiting for his bond appearance, he sat slumped in a chair, handcuffed, when a man rushed at him and punched him repeatedly, before a deputy grabbed him.

Jones is accused of shooting at rival gang members, when a stray bullet struck Takiya on Saturday.

Jones is now in protective custody at the jail.