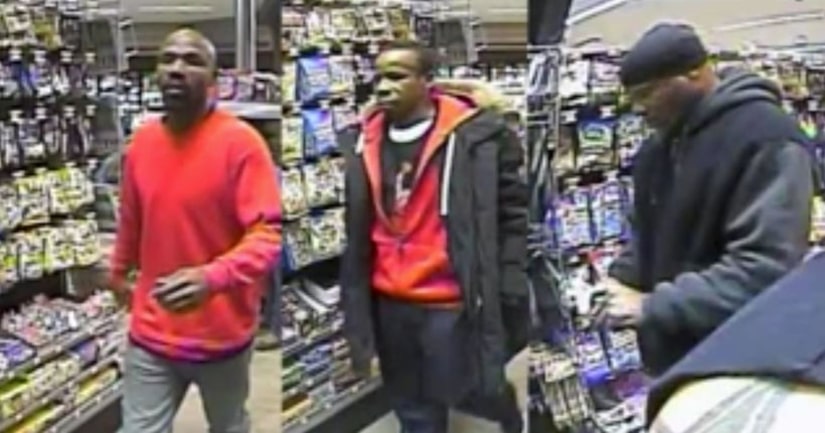 IRVING, Texas -- (KDAF) -- Police warn to be on the lookout for these guys if you plan on taking out money in Irving any time soon.

IPD investigators are looking into a series of robberies that seem to have started on Belt Line Road between Grande Bulevar Boulevard and Rochelle Road.

Cops believe all nine incidents are connected. They say the guys pictured in the surveillance shots are picking people out at the PLS Check Cashing store or at the ATM across Belt Line Road.

Investigators say the men follow potential victims to their apartment complex lots. "All of these are confronted at gunpoint, some have been physically assaulted by being pushed down on the ground. The suspects are going through their pockets stealing wallets, stealing money, car keys. and two of the victims have been pistol whipped," said Irving Police Department's James McLellan.

McLellan warns women aren't the only ones being targeted. Investigators aren't sure what is making victims targets.

Police warn to stay vigilant and to look around after you get to an ATM. "Make sure there's nobody behind the machine, if possible; if you're going to do some financial business then have somebody else with you. Try not to do something late at night when it's dark or, if you're going to a business, there are a few other people there," McLellan said.