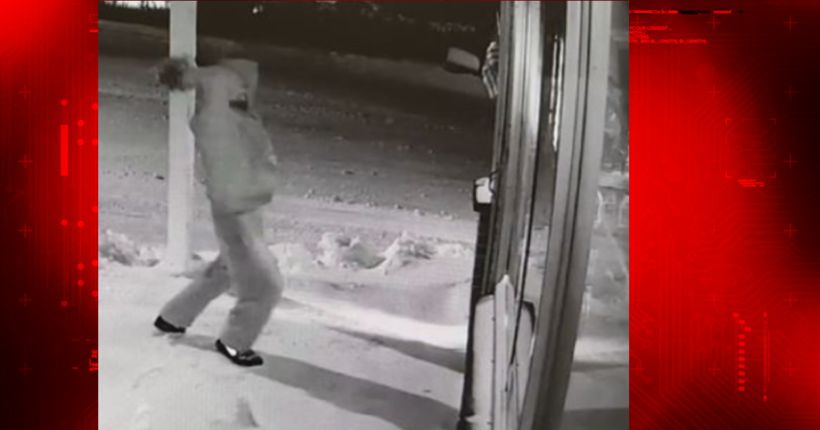 Norwood Police/WBZ
A man was caught on surveillance camera in a failed Norwood break-in.

NORWOOD, Mass. -- (WBZ) -- Police are searching for a suspect who was caught on surveillance video in a “somewhat comical” failed break-in at a Norwood store.

On Friday around 3 a.m., Norwood Police responded to a burglar alarm at Pam’s Market on Pleasant Street and found obvious signs of an attempted break-in.

Officers discovered a man threw a 10-pound boulder through the glass door at the business.