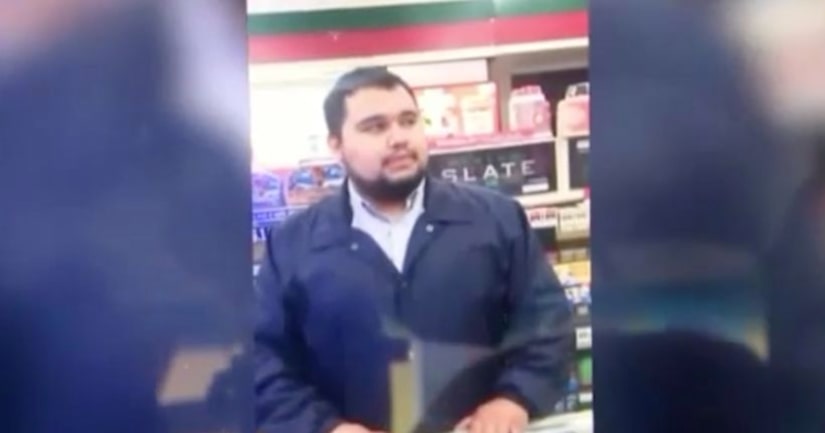 WESTMINSTER, Calif. -- (KTLA) -- A 7-Eleven clerk in Westminster was arrested after a woman confronted him for allegedly filming her friend while the friend was in the restroom, and the confrontation was caught on camera.

The incident occurred Sunday at the convenience store along Newland Street.

In the video, the victim's [friend] confronts the suspect, identified by the 7-Eleven franchise owners as Pablo Diaz, and accuses him of filming the victim.

Diaz denied any wrongdoing at first.

“You set up a phone in there to record her using the bathroom?” The friend asks in the video.