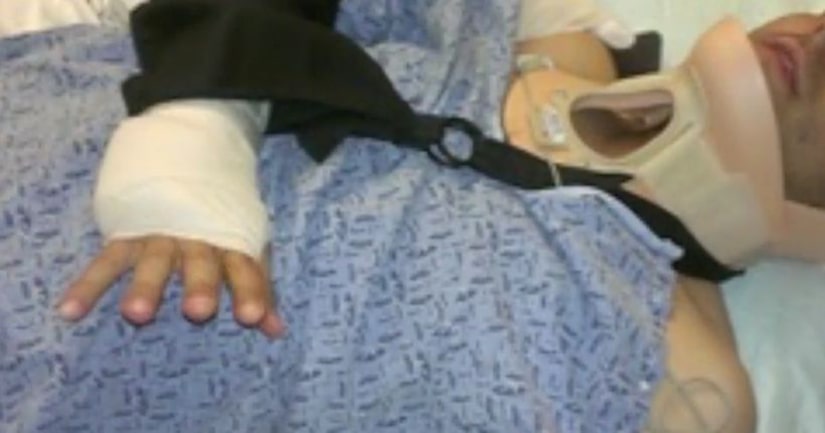 PHOENIX, Ariz. -- (KNXV) -- A Valley strip club has been ordered to pay millions of dollars after being found liable for over-serving a man who later caused a drunk driving accident.

The victim in the case, Mark Dupray, suffered a broken neck, a broken arm and other injuries. He said he was hit from behind on his scooter while he waited at a red light in Anthem in 2013.

Dupray sued both the DUI driver, Pedro Panameno, and Jaguars strip club, located near 27th Avenue and McDowell. Court records say the driver drank at least 11 beers in 3 hours at the club.

The jury found the driver and the club responsible and awarded Dupray $7.9 million in damages. Dupray said he doubts if he will ever see the full amount.

He does hope the case sends a message to bars and restaurants about the serious consequences of letting people drink and drive.

"They let people drink to the point they can barely walk, or run out of money, and at that point, they kind of wash their hands of the whole situation," Dupray said.