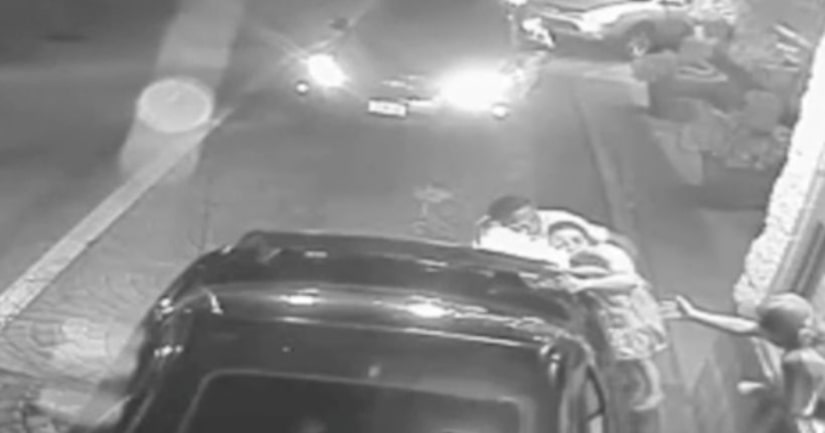 SAYLER PARK, Ohio -- (WXIX) -- Police have released surveillance video from an assault and abduction at a Sayler Park McDonald's drive-thru that happened in July 2016.

The footage shows the distressed mother trying to escape Levenski Crossty, and hand off her toddler to a worker at the drive-thru window in an attempt to get her to safety during the assault.

Crossty is accused of abducting the woman and her four children.

Crossty, 26, forced his way into a home while his 2-year-old child, the child's mother and three other children were inside.

He then forced them into the car and continued to beat the mother as he drove around, a Hamilton County affidavit states.

She was able to escape when the car stopped at the McDonald's drive-thru.

Crossty snatched the child back into the car and drove off, leaving its mother behind.