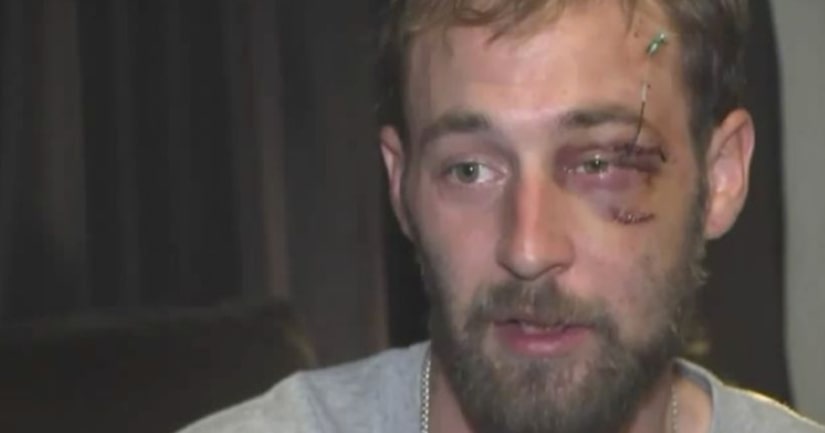 KANSAS CITY, Mo. -- (WDAF) -- A metro father thought he might die, after being beat unconscious inside a Westport bar and spending five days in the hospital with skull and facial fractures.

Kansas City police are now investigating the attack that happened inside Throw Back near Westport Road and Mill Street into the early morning hours on Sunday.

“The doctor said, 'You were one kick away from dying,'” explained Eric Lines, the assault victim.

It was a near-death encounter that's left the father of four children shaken and upset.

“Now look at me, I mean, I can't,” Lines said, as he referenced his injuries and began to cry. “It's hard… I mean, my boys can't even be here with me right now because I'm under narcotics and I can't take care of [them]. It's a life-changer.”