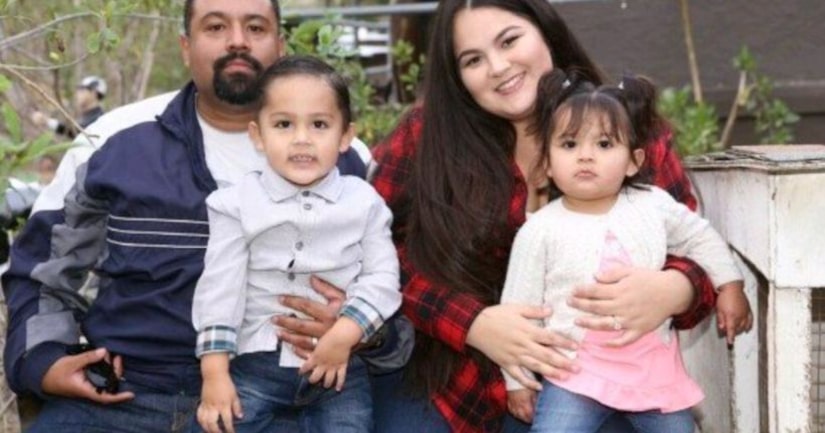 VICTORVILLE, Calif. -- (KTLA) -- A 23-year-old woman is mourning the loss of her unborn baby girl and husband after a driver, with two prior DUI convictions, allegedly ran a stop sign in Victorville and crashed into her family's car.

The fatal crash happened about 1:45 a.m. Saturday when a man behind the wheel of a 2002 Hyundai sedan was driving north on Amethyst Road and allegedly failed to stop at a stop sign. The driver, 56-year-old Alexander Delapaz Perez, broadsided the driver's side door of a 2015 Honda Accord that was traveling west on Mojave Drive, the San Bernardino County Sheriff's Department said in a news release.

Angel Barranco, 35, of Adelanto was driving the Honda Accord with his wife, who was 7-months pregnant, and his mother-in-law in the car.