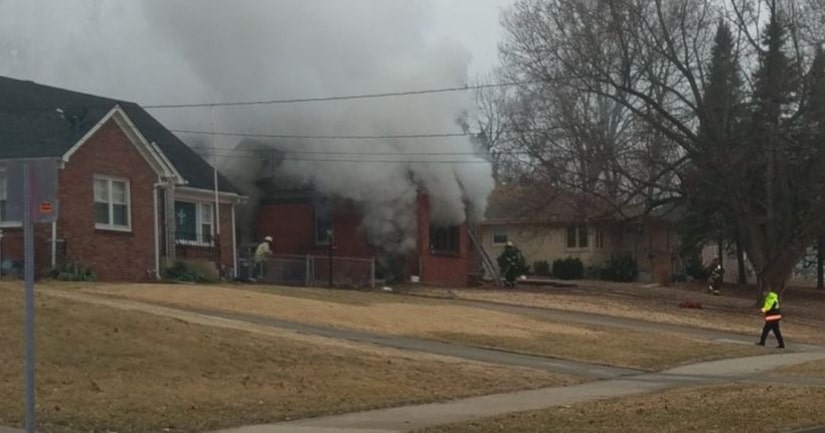 DES MOINES, Iowa -- (WHO) -- Police have one person in custody after witnesses say a man set fire to his ex's home Tuesday morning.

Fire crews were called to 6030 Urbandale around 7:20 a.m. after neighbors called them about a man breaking out windows and setting a fire.

Police were able to locate the suspect near Merle Hay and Ovid. He was taken into custody without incident. His name has not been released and no charges have been filed yet in the case.