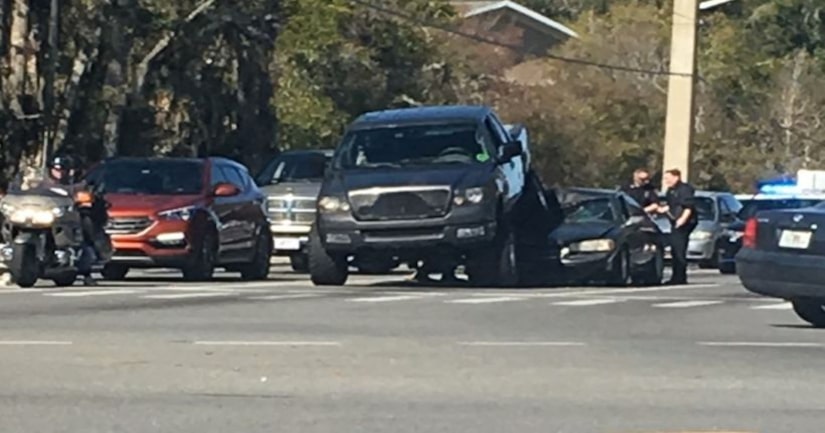 HIGH SPRINGS, Fla. -- (WKMG) -- When an angry driver confronted a young Florida father, he did what he had to do to protect his family, and that meant parking his pickup truck on top of that driver's car, according to the Ocala Police Department.

Adalberto Aponte, 53, was driving his Toyota Camry recklessly Wednesday afternoon, nearly causing several accidents and trailing closely behind a Ford F150 with an 18-year-old man, his girlfriend and their baby inside, police said.