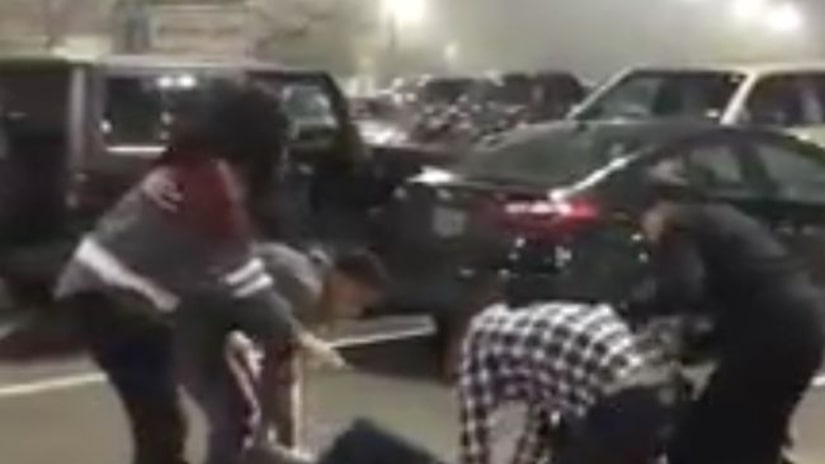 SAN ANTONIO, TX -- (KABB) -- Video of a fight in the parking lot of an H-E-B store has gone viral over the course of three days.

According to customer Eric Castillo, who was in the area at the time, a fight broke out over a parking spot at the H-E-B location at Loop 1604 and Culebra Road. One of the women involved in the fight, said it wasn't over a parking spot, but claims it was a road rage incident that happened before they pulled into the lot.

Someone appearing to be an H-E-B employee tried to intervene, as did a parking lot security guard, but the fight picked up a second time. In a second video, a man in a plaid shirt is seen knocking two people to the ground.