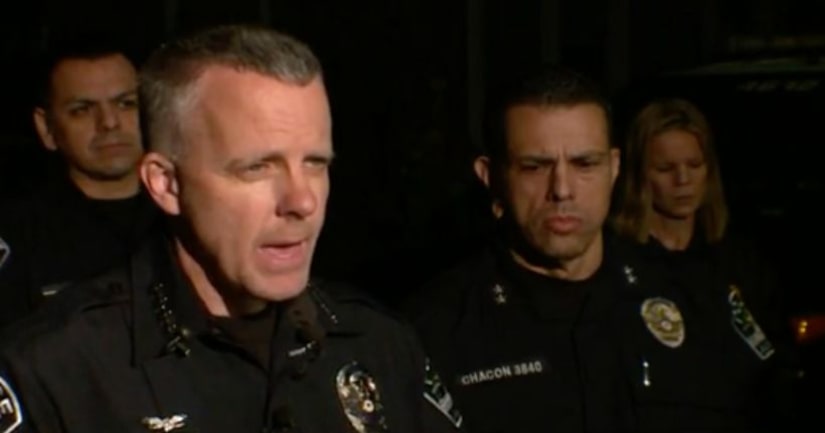 AUSTIN, TX -- (KXAN) -- A routine traffic stop for a suspected DWI driver ended up in an officer-involved shooting and a police chase in east Austin around 12:30 a.m. Monday morning.

Austin Police Chief Brian Manley says the incident began when an officer tried to pull over [a] 25-year-old Hispanic man for [a] possible DWI on Airport Boulevard. Manley said the driver refused to stop and led the officer on a short chase where he pulled over on Marks Street, near Munson Street. As the officer approached the driver, Manley said the suspect immediately put the car in reverse, knocking the officer down on the ground and underneath his vehicle.

A back-up officer who saw the assault fired his weapon at the suspect vehicle in an effort to stop the driver, police say. While the vehicle was hit, the driver was not and he pulled out of the cul de sac and drove away a second time, leading police on a second chase. During the six-minute pursuit, police used spike strips to stop the suspect. The chase ended in the 5200 block of Roggie Lane, near Manor Road, where the suspect was apprehended.