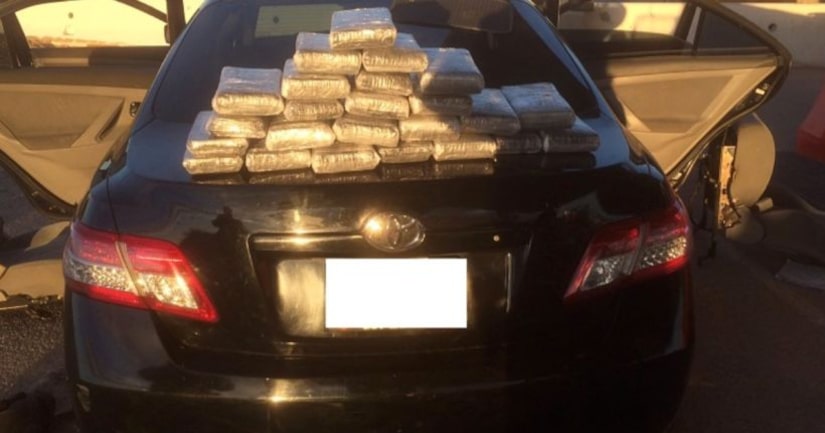 IMPERIAL VALLEY, Calif. -- (KTLA) -- A U.S. citizen traveling with his three stepchildren was arrested at a U.S. Border Patrol checkpoint near Salton City after agents found more than 50 pounds of cocaine in his car, federal authorities said Monday.

The unidentified 21-year-old man was stopped about 4:30 p.m. Feb. 3 at a checkpoint on Highway 86, near the southwest shore of the Salton Sea, according to a news release from U.S. Customs and Border Protection.

A K-9 with the agency alerted to the 2010 black Toyota Camry, and the car was sent on to a secondary inspection, where agents found hidden compartments in the vehicle's floor.