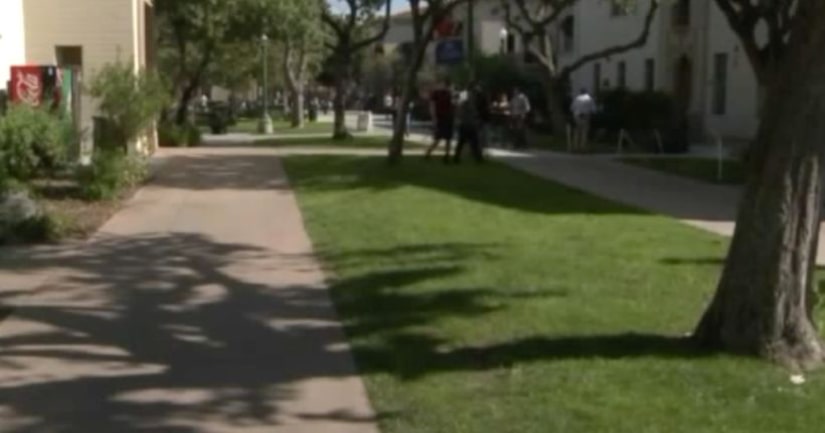 FULLERTON, Calif. -- (KTLA) -- Two female students were assaulted within seven minutes of each other at Fullerton College last week, and police were asking for the public's help in finding the suspect.

The attacks were reported around 6:30 p.m. Tuesday evening on a walkway that runs between the 1100 and 1300 buildings, and the 100 and 300 buildings, school officials said.

"A female student was walking in this area and an unknown man grabbed her crotch from behind and startled her," Lisa McPheron, director of campus communications, told KTLA.