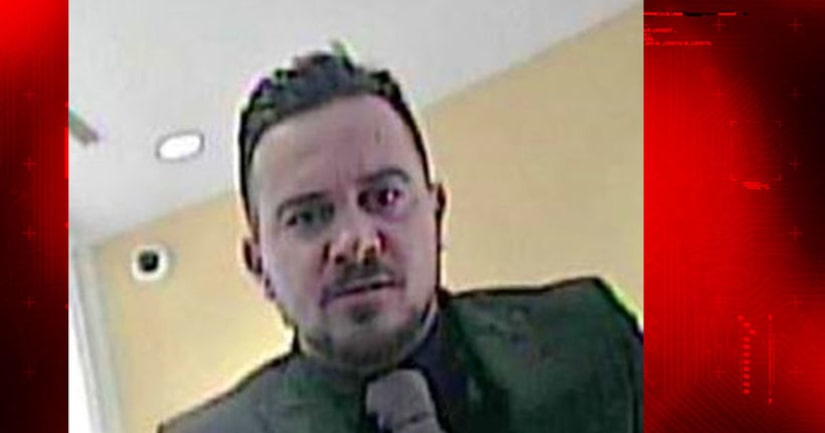 WASHINGTON -- (WDCW) -- D.C. Police seeks the public's assistance in identifying and locating a suspect and vehicle in connection with a kidnapping that occurred in the 3400 block of O Street, Northwest.

On Thursday, January 26, 2017, at approximately 3:20 p.m., a suspect forced the victim into a vehicle and drove away. The suspect made several attempts to force the victim to withdraw money from an automated teller machines (ATM) and make large purchases at retail locations, both in the District of Columbia and Maryland. The suspect and victim are known to have been in the 4500 and 5400 blocks of Wisconsin Avenue, Northwest.

The suspect is described as white male in his late 30s to 40s, standing 5' 9" - 6' tall, with a medium build, dark colored hair, dark colored mustache, and beard. He was last seen wearing a black suit, black shirt, gray neck tie, and black shoes.

The suspect's vehicle is described as a light gray or silver colored sport-utility vehicle (SUV) or crossover style four door of an unknown make or model.

The suspect and vehicle can also be seen in this video: https://youtu.be/LSrE3Zv1D-c

Anyone who has information regarding this case should call police at 202-727-9099. Additionally, information may be submitted to the TEXT TIP LINE by text messaging 50411. The Metropolitan Police Department currently offers a reward of up to $1,000 to anyone who provides information that leads to the arrest and conviction of the person or persons responsible for an assault committed in the District of Columbia.