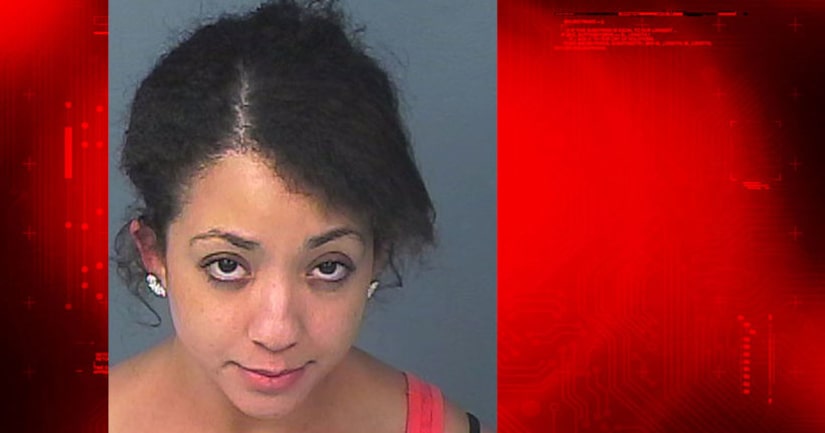 SPRING HILL, Fla. -- (WPTV) -- A 24-year-old Hernando County woman has been arrested and charged with aggravated battery and stalking after she reportedly followed her ex-boyfriend on his motorcycle, ultimately striking him with her car, in an attempt to get him to listen to her.

Jessica Barnes, 24, of Spring Hill, dated the victim for one month about two months ago. The couple never lived together and they do not have any children together.

According to the arrest affidavit, Barnes approached her ex-boyfriend at Pasco Hernando State College and told him she wanted to talk about an incident in her past. He said he did not want to talk to her and he left on his motorcycle. Barnes reportedly followed the victim to the gate of his subdivision. The victim didn't want her coming to his residence, so he turned around and drove through the Lakewood Plaza. Barnes continued to follow him in her white 2004 Pontiac Grand Prix.

Barnes followed her ex-boyfriend through the Regency Oaks subdivision and high speeds. Barnes told deputies they were traveling between 50 and 70 miles per hour in the neighborhood.

Deputies say Barnes made a U-turn, yelled at the victim and accelerated toward him as he was still on his motorcycle. Barnes struck the victim's motorcycle causing it to fall over on his leg. The victim suffered minor injuries.

Barnes admitted to the offense and told deputies she was "determined to get him to listen."

FULL STORY: Deputies: Woman hit ex-boyfriend on motorcycle; says she was 'determined to get him to listen' - WPTV