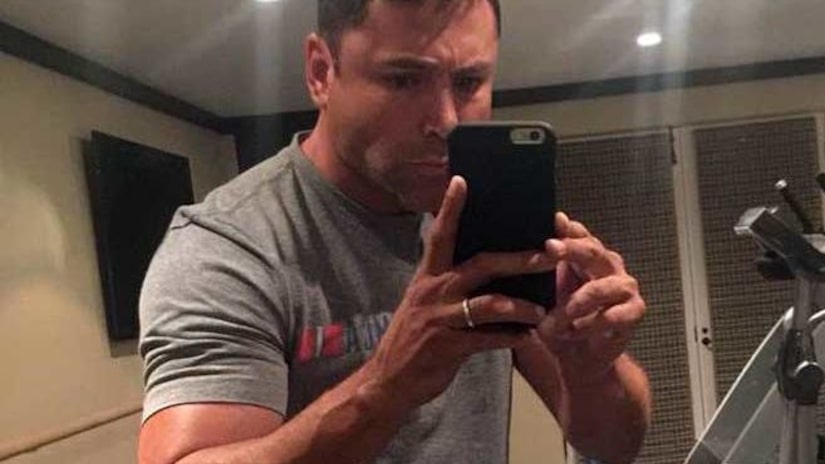 PASADENA, Calif. -- (KTLA) -- Oscar De La Hoya was arrested early Wednesday on suspicion of drunk driving after he was stopped for speeding in Pasadena, officials said.

The 43-year-old former world boxing champion and Golden Boy Promotions chairman, who has battled post-retirement addiction issues, was taken into custody on suspicion of driving under the influence with a blood-alcohol level of greater than 0.08 after failing a series of field sobriety tests, according to the California Highway Patrol.