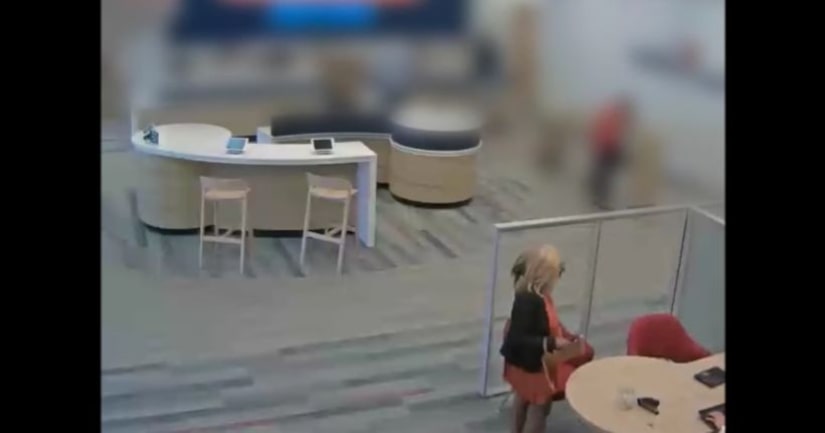 HOUSTON -- (KIAH) -- FBI officials are searching for a woman accused of robbing several Houston banks Monday while wearing a costume so elaborate, it's almost comical. Known as the 'Bank Bandit,' she is now on the run from local law enforcement.

Surveillance snapshots show the woman dressed in a shoulder-length blond wig, bright orange dress, dark sunglasses and a thick coat of cosmetic foundation that made her face and neck look significantly lighter than her legs and hands, the agency said. She is accused of walking into the Capitol One bank in the 1100 block of Eldridge Parkway around 2:30 p.m. and used a note taped to her purse to demand money from the bank tellers. The note said she was armed and the employees needed to hand over the cash.

After a few minutes, the FBI said the bandit became frustrated with the teller and left the bank without any money.

She attempted to rob the Chase bank a few blocks down Eldridge Parkway just fifteenth minutes later, according to FBI officials. The woman entered the bank wearing the same elaborate disguise and tried her previously failed scheme again.