Kaylyn Pryor, a young girl with a bright future, tragically killed: One moment she was standing at a bus stop in Chicago, dreaming of model runways in Paris. The next she was gone.

Kaylyn Pryor saw modeling as a way for her to pay for dream of one day being a lawyer. Sadly, that dream would be snuffed out by a mystery gunman.

"That day was the worst day of my life," said Alan Scott, Kaylyn's father.

But who pulled the trigger -- and why? Believe it or not, more than 4,300 people were shot in the city of Chicago last year. One of them, an aspiring model whose future was stolen by a mystery man with a gun.

Funny, vivacious, goofy -- just a few of the words used to describe Kaylyn Pryor by her father, Alan, and her sister Chantal.

Alan and mother Royce moved their girls to the relative safety of Evanston, miles north of the gang-infested South Side of Chicago. Kaylyn excelled in sports, academics and enjoying life to the fullest.

"I guess that's the reason why she had so many friends, 'cause she was a genuine good person, really good person," Alan said

She was actively involved in the Lost Childhoods Project, a charity organization dedicated to victims of gun violence. That gesture would prove to be a tragic irony.

In 2015, 20-year-old Kaylyn joined a friend to audition for Mario Tricoci's prestigious "Make Me a Model" competition. The friend was eliminated, but Kaylyn soon found herself in the spotlight as one of the finalists.

Then came the moment that blew everyone's mind: Kaylyn was chosen.

"And they announced her name, and she was like, 'Me? Did you guys say my name?'" said Chantal.

Suddenly, Kaylyn was on the cusp of stardom, fielding offers from national modeling agencies, her life full of promise and possibility. Then, on November 2, 2015, just hours before she was to sign a contract, cruel fate cast a devastating blow.

Kaylyn was visiting her grandparents in the South Side neighborhood of Englewood. Late in the day, she headed for the bus to take her home. She was standing near a 15-year-old boy when a dark-colored SUV rolled up and opened fire.

"They shot him, I think, three times, and I guess she was standing so close to him that she couldn't get out the way, and he shot her once," said Alan.

"Under her armpit," said Chantal.

The teenage boy -- the intended target -- was rushed to a hospital. He'll survive. Sadly, Kaylyn was not so lucky.

"From what I hear, she had a heart attack," said Alan. "That's what they said."

A life on the verge of something so special, snuffed out in the crossfire of a senseless drive-by shooting.

"They say 'Wrong place at the wrong time,' I don't know if I believe that or not," said Alan. "Because you can be wherever you want to be. You shouldn't have to worry about getting shot."

The community rallies around the devastated family. Even Chicago Mayor Rahm Emanuel lends his support. But police efforts to find Kaylyn's killer hit a surprising roadblock: The 15-year-old who was also shot that day has not been cooperative.

"We have not heard anything from him," said Chantal.

In fact, no witnesses are stepping forward -- and remember, this happened in broad daylight.

Why? Fear: The 15-year-old was a reported gang member. But Kaylyn's mother Royce isn't afraid. She's seeking justice for her beautiful daughter, and taking her fight to find the killer to national television, appearing on the "Steve Harvey Show."

"I have had emails sent to me, I have had pictures sent to me of who did it, I've had names, addresses where they live," said Royce said on the show. "All of this information has been given to the police. But all they can tell me is, 'We just need one witness.'"

Tragically, the mother's fight to find that one witness is cut short. At just 48, Royce's heart gives out. Cardiac arrest, just a month before what would have been the one-year anniversary of Kaylyn's death.

"The heartbreak," said Chantal. "That's what I believe it is, the heartbreak of losing a child."

A little more than a year since Kaylyn's murder, family members took Crime Watch Daily on a gut-wrenching trek back to the crime scene.

We tried to speak with homicide detectives to get an update on Kaylyn Pryor's case, but the Chicago Police Dept. refused our request for an interview.

Does the family think the police are doing enough to solve this case?

"Well, with it, they have so many other cases, it's just a lot of work for them," said Chantal.

Now Kaylyn Pryor's family needs the public's help -- not only for Kaylyn, but for all victims of violent crime.

"Our communities need to stand together and start making certain decisions to take back the community," said Chantal.

"I don't know how they can do that, to just not say anything. I would. In a heartbeat," said Alan.

If you have any information that could help solve this case, please submit a tip to Crime Watch Daily at (844) 800-CRIME. Tipster can remain anonymous. 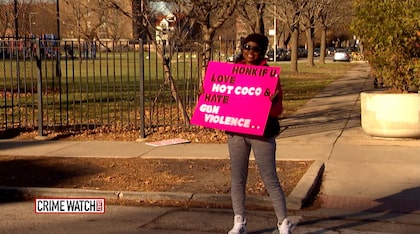 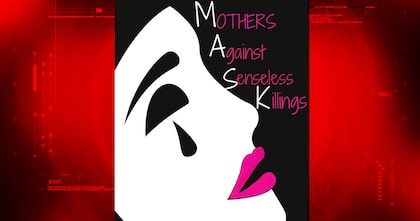 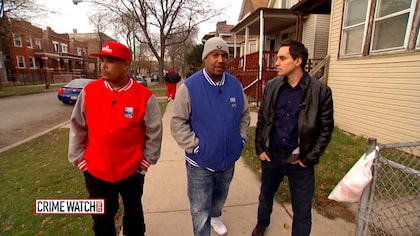