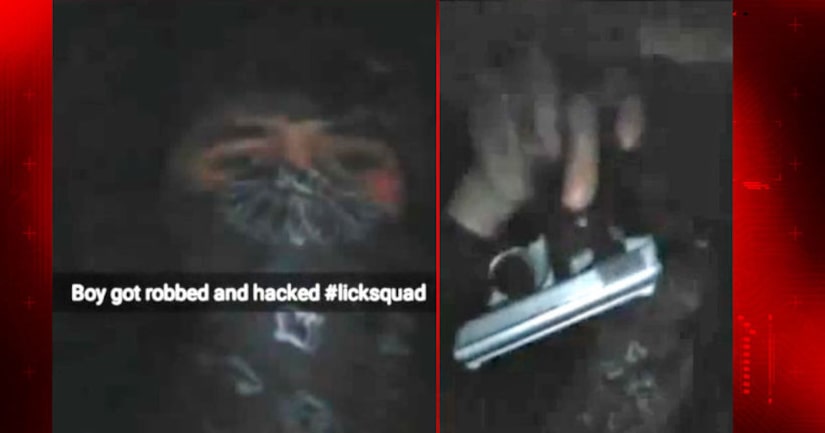 TACOMA, Wash. -- (KCPQ) -- A Tacoma man said two thieves used his Snapchat account to brag about robbing him at gunpoint for his cellphone and backpack Friday night.

The man, known as “Mark,” said he watched the robbers post to his social media accounts, and tracked their searches on his Google account in real time after they stole his phone.

“I was scared I was going to lose my life,” said Mark.

Mark isn't showing his face or using his real name because he said he's afraid the two men that robbed him on Friday night in Tacoma may come back for retaliation.

“I am thinking it was a gang initiation,” he said.

Mark told police an older '90s model silver Saturn slowly drove past him and a friend walking along S State Street and then stopped. He said the passenger of the vehicle jumped out of the car with a gun.

Police confirmed on Sunday they are investigating the robbery.

He said what shocked him the most was when a notification popped up, saying he was Snapchatting.

“They were stupid enough to post their face on Snapchat,” said Mark. “They may have had a bandana but it shows their eye, eyebrows and their gun.”

Mark said he wished he had password protected his phone. A recent purchase, he said he hadn't set up security before the robbery.

He suggests everyone protect their phone with a password, rendering it useless to thieves.