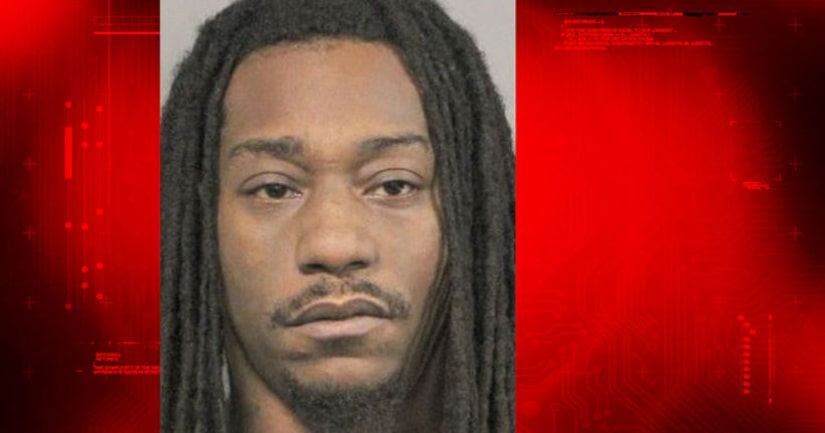 UPDATE: NEW ORLEANS -- (WGNO) -- State Police confirm that a man suspected of killing a woman and a Westwego police officer earlier in the day has shot himself on the Crescent City Connection.

EMS was working on him at the scene.

Police believe Sylvester Holt shot and killed Simone Veal and Westwego Officer Michael Louviere. The suspect then got out of his car on the westbound span of the CCC and threatened to jump. Police closed the westbound lanes while they negotiated with him.

Holt was was booked in Jefferson Parish with first-degree rape last year after a woman accused him of picking her up in his car outside of a New Orleans bar on May 4, 2016, and then raping her at gunpoint, according to Connick's statement.

After being identified as the suspect and subsequently arrested, Holt denied raping the victim and claimed the sexual encounter was consensual.

During a December investigation by the Jefferson Parish Police Department, officers were initially unable to contact the victim.

NEW ORLEANS -- (WGNO) -- A Westwego Police Officer and a woman were shot during an apparent hit-and-run incident on Barataria Boulevard and Ames Boulevard around 6:30 a.m.

Jefferson Parish Sheriff Newell Normand said Westwego officer Mike Louvier was shot in the head this morning and died from his injuries.

A woman who was shot also died. The woman called police at 6:30 a.m. to say she had been shot.

The domestic incident spilled out into the street, where Louvier had stopped to help with what he thought was a traffic accident.

Officers from multiple law enforcement agencies are searching for a person of interest, Sylvester Holt, 22. There were several protective orders in place before the domestic incident and subsequent shooting occurred.

Louvier was 26 and leaves behind a wife and two kids.

The woman who died has not been identified.

Officers have found the vehicle Holt fled the scene in. It was found about a half-mile from where the shooting happened.

Police were searching for a white U-Haul pick-up truck, possibly occupied by two men, according to unofficial reports. A silver Dodge Charger at the scene has heavy damage to the side of the vehicle.

Reports also say that the truck has heavy front-end damage.