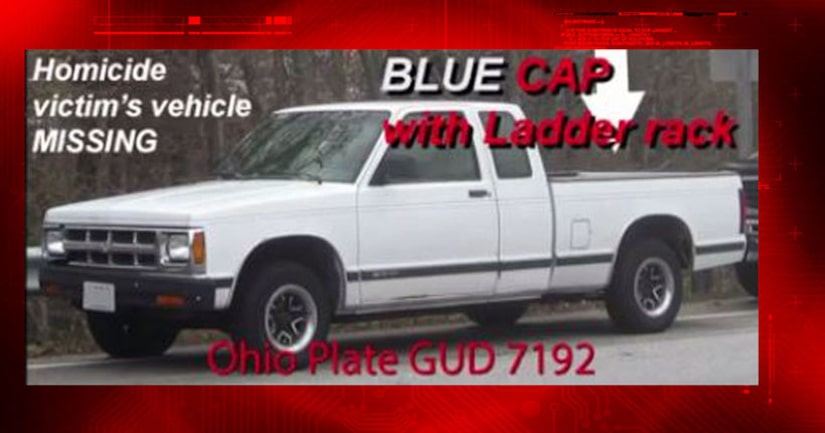 WAYNE COUNTY, Ohio -- (WJW) -- The Wayne County Sheriff's Department is asking for help in finding a vehicle belonging to the victim of a homicide.

Jeremy Dean Lesh, 44, of Perry Township in Stark County, was found dead in a wooded area outside Doylestown on January 15.

Wayne County Sheriff's Office Cpt. Doug Hunter said he was killed in a brutal attack. Now, Hunter is asking the public to watch out for Lesh's pickup truck, which is missing.

The truck is a white 1996 Chevy S10 with an extended cab. There is a blue cap on the truck's back and ladder racks as well. The license plate is Ohio, GUD 7192. The sheriff's office say that although the vehicle may be driving around, it's more likely that it's been abandoned.

They're asking everyone to keep their eyes open for the truck.