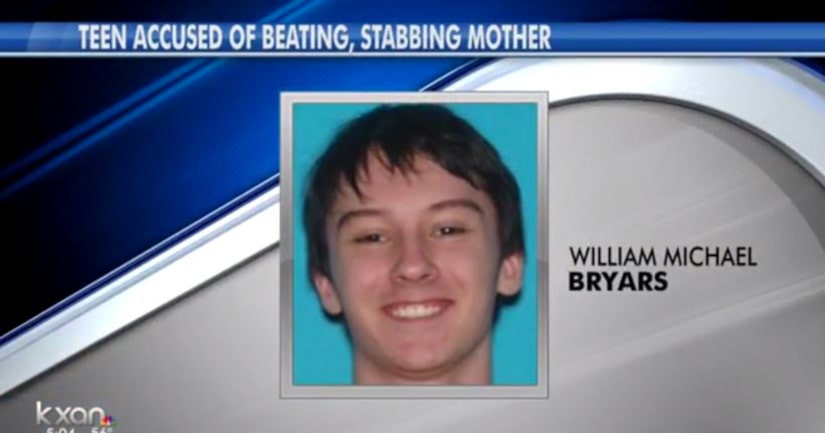 AUSTIN, Texas -- (KXAN) -- Hays County deputies are searching for a teenager who is accused of stabbing his mother with a screwdriver, as well as beating her with a hammer, Tuesday morning.

The sheriff's office says the aggravated assault happened on Limestone Trail in between Austin and Dripping Springs near US 290. The suspect, William Michael Bryars, 17, drove away in his mother's vehicle, a 2012 black, 2-door Nissan Altima with Texas license plate number HGB1301.

Deputies consider him armed and dangerous, and are asking anyone who sees him to stay away and call 911. The car he's believed to be driving has damage to the front passenger quarter panel and rear passenger portion of the car.

Bryars is possibly on his way to Missouri based on additional threats made to other family members, the sheriff said.

His mother was taken to an Austin-area hospital where she is being treated for her injuries.