Crime Watch Daily has an eye-opening new investigation into deadly epidemic going on in every city in America: The abuse of heroin and prescription painkillers are at an all-time high.

In fact, every 16 minutes another person will overdose and die.

Crime Watch Daily rides along with the officers on the front lines as they bust some alleged dealers of death.

But first, if you think this problem won't affect you, think again. As part of our special investigation, we're looking at the recent suburban surge of heroin in America.

According to the Centers for Disease Control and Prevention (CDC), for the first year on record, heroin just took more American lives than guns in 2015.

Experts say it's time for perceptions of addiction to change. Heroin has always been around. So why now has the problem become what experts are calling a full-blown epidemic?

Ironically, the recent explosion of strong prescription opioids started when authorities began cracking down on the pill problem.

Fatal overdoses of heroin are also often laced with a strong synthetic opioid called fentanyl. Originally designed as a tranquilizer for large animals like elephants, authorities say fentanyl is another big reason people are dying in record numbers. 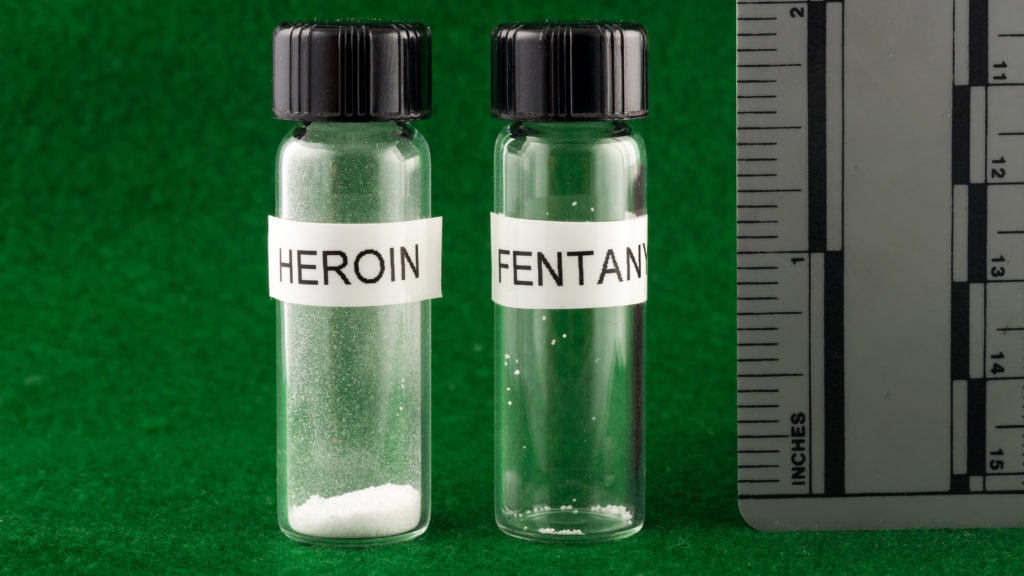 So is there a cure? Crime Watch Daily heads to ground zero for heroin in the U.S. to confront the problem head on.

The use of the powerful and deadly drug is at an all time high -- and it doesn't discriminate. Experts believe that some of the most at-risk to become addicts are suburban teenagers.

The faces of heroin have changed. Images of back-alley junkies running from a broken home have now been replaced by people from all walks of life.

[Warning: Next part is extremely graphic.]

According to recent Drug Enforcement Administration reports, heroin has a lethal overdose rate growing much faster than other illicit drugs.

Police departments all across the country are evolving to combat the growing problem.

One city is in many ways the epicenter for the heroin crisis in America:

Now you've met some of the victims.

Crime Watch Daily rides along with the men and women on the front lines of this deadly war, a task force of officers hellbent on getting these drugs and the dealers off the streets.

The numbers are staggering. In just one short four-year period, heroin deaths in the U.S. increased by an astounding 248 percent. One of the cities feeling it the most is Dayton, Ohio, ground zero for heroin in the United States. You may not know it but there are more overdoses here per capita there than anywhere else in the country.

Crime Watch Daily visited the Montgomery County Sheriff's Department to see how they are battling this serious epidemic.

Trying to cut off the supply is one of the primary goals of the Montgomery County, Ohio Regional Agencies Narcotics & Gun Enforcement (RANGE) Task Force.

We've talked to the addicts. We've spoken to cops. Now it was time to try and get a very different perspective on the heroin problem: the dealers.

During our short time with the Montgomery County Sheriff's RANGE Task Force, we've already seen the dramatic arrest of a dealer police weren't even investigating.

Now, as one case is wrapping up, we're already onto the next. It's a very small dent in one very big problem. But while today was all about going after the dealers, the next day, a lesser known side of the epidemic. It's the same desperation that authorities say traffickers prey upon to expose people to human trafficking.

For a shocking glimpse into how bad America's heroin epidemic really is, there is a hospital in West Virginia, where on any given day as many as two dozen babies will be born addicted to the deadly drug. And that's just one hospital in one city.

Heroin and the susceptibility to addiction

"Certain people, maybe through some genetic predisposition, are more susceptible to addiction," says one doctor who lost a son to heroin. "They don't want to be using this but they're addicted they have to have it."

The misconception of 'Addiction only happens to the weak'

It may still be hard for some to understand how someone can make that leap, but as common as the stories are, many people still have trouble finding sympathy for a problem that so often sees the user falling back into old habits.

If you know someone who's addicted to heroin or prescription opioids like Oxy or Vicodin, and needs help, here is a guide to resources: