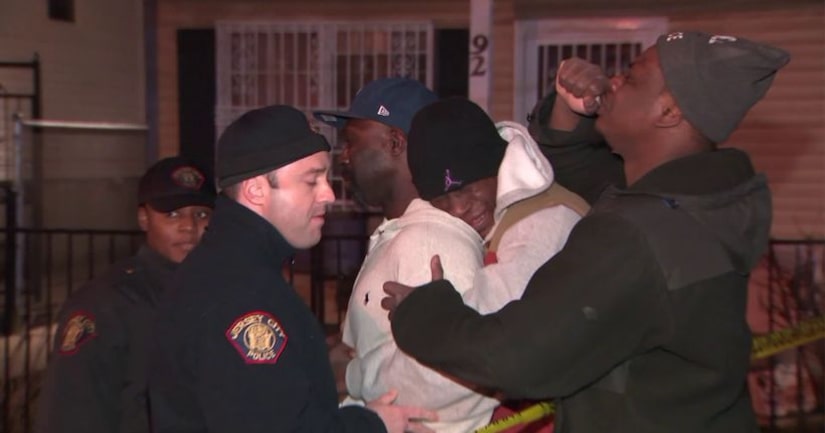 JERSEY CITY, N.J. -- (WPIX) -- Three people were found dead, including a suspected gunman, at a Jersey City home, and a second possible shooter is believed to be at-large, sources said Tuesday.

Two men and a woman were found dead at a home near Fulton Avenue and Van Cleef Street around 10 p.m. Monday, sources said. One of the men is a suspected shooter.

The Hudson County Prosecutors' Office has only confirmed three people were found dead, but sources say the incident appears to be a drug-related robbery gone bad, and drugs and guns were discovered inside the house.