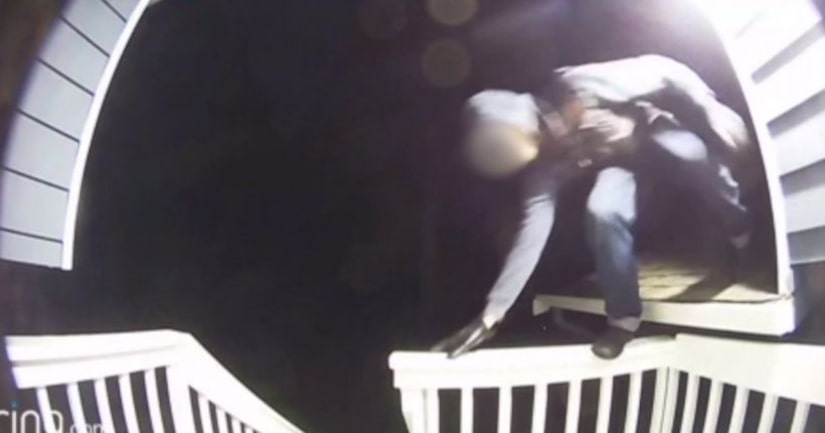 SNOHOMISH COUNTY, Wash. -- (KCPQ) -- When homeowner James Goldman's home security system told him there was a strange man at his door, Goldman knew it wouldn't be good.

But thanks to a security system that talks through his doorbell, he was able to scare the would-be burglar off. And now he's suggesting other homeowners be vigilant themselves.

Goldman was away from his Snohomish County home Friday when he received an alert through his cellphone that someone was ringing his doorbell. Goldman logged into his security camera online, and spotted a white man in jeans and a puffy vest knocking at his door.

"It's a guy at my door that doesn't look like he should be there," Goldman said.

The man knocks a few more time, and then appears to leave. Only moments later, however, he returns wearing gloves and hops on Goldman's roof.

Watching the events unfold, Goldman yelled at the man through his doorbell security system.

"I was yelling at him through the doorbell," Goldman says, saying he told the burglar he was calling police.

The noise and yelling spooked the burglar, who took off. Police haven't been able to catch him, Goldman says. He also wonders if it's the same burglar who is stealing his neighbors' mail.