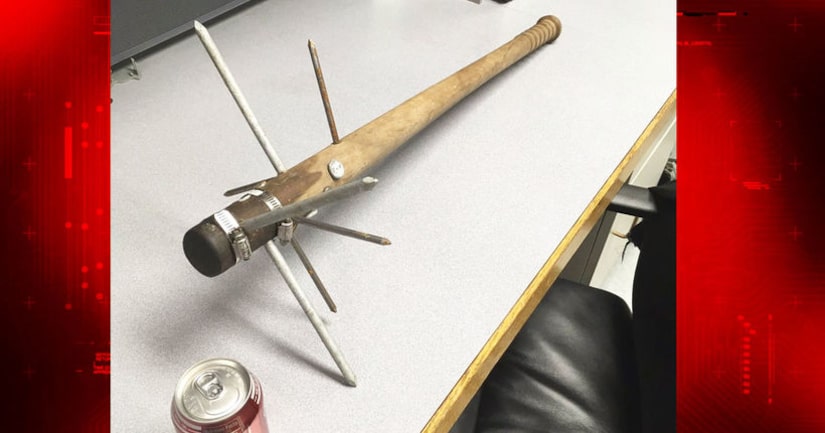 CORNELIUS, Ore. -- (KPTM/KATU) -- Deputies arrested a man on menacing charges Saturday night after they say he threatened his wife with a "homemade medieval weapon."

Washington County Sheriff's Office deputies were called out about 8 p.m. on reports that 31-year-old Matija Belavic became angry with his family and threatened his wife with a weapon.

He had left the family's house on South Elder Court when deputies arrived. They found him down the street about 15 minutes later.

Investigators say they believe alcohol was a factor in the incident.

Belavic was booked into the Washington County Jail on $25,000 bail.