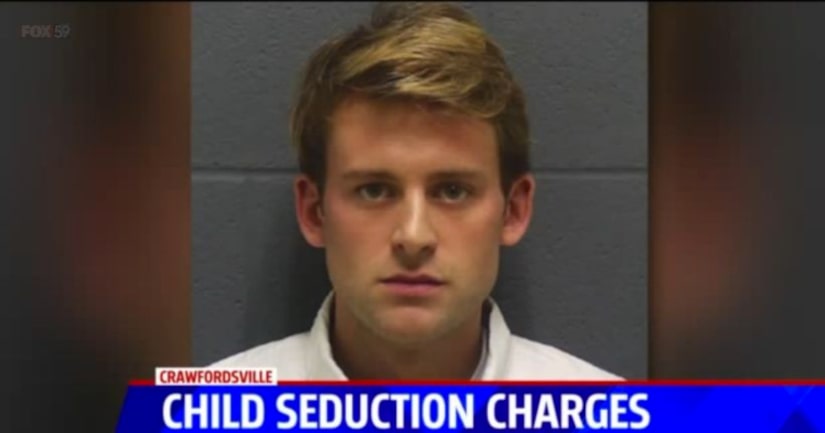 Michael Demeter, 25, worked most recently as an assistant coach for the boys basketball team and didn't have a teaching position with the district, according to a statement from Scott Bowling, superintendent of Crawfordsville Community School Corporation. Demeter also served as the boys tennis coach in 2015.

According to the probable cause affidavit filed this week in Montgomery County, Demeter previously served as a math teacher and junior varsity girls tennis coach during the 2013-2014 school year.

One of Demeter's accusers met him when she was a sophomore during that 2013-2014 school year, and she said nothing inappropriate happened then. However, in May or June 2015, the girl said they began having physical contact. It started out as hugs and kisses before progressing into inappropriate sexual contact, the girl told police.

She later ended the relationship and said Demeter constantly texted her and berated her. She eventually blocked him from social media, court documents said. At one point, the girl's mother got on Facebook and warned him to stay away from her daughter. The girl was 17 and 18 years old during the course of their contact.