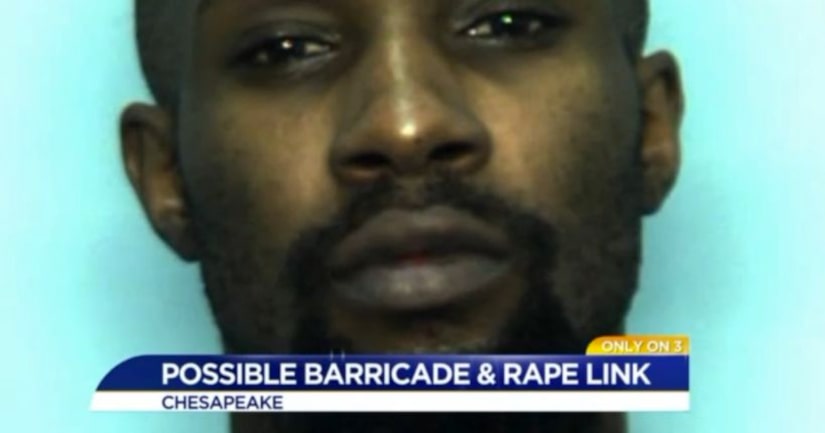 NORFOLK, Va. -- (WTKR) -- Chesapeake Police have been searching for Clifton Newsome since a young woman said she was violently woken up to a sexual assault on New Year's Day.

Newsome was tracked down to a Norfolk Econo Lodge where he barricaded himself inside for 10 hours Thursday.

He took to Facebook Live throughout the day, proclaiming his innocence, as police surrounded the motel. Newsome could be seen holding a gun in the videos.

He also called the News 3 studios during the barricade situation, saying he wanted to be on the news and that he didn't do anything wrong.

“I am 30 years old I have been doing time after time for crimes I actually did not commit like the one I've been accused of now, said Newsome, “I didn't rape anyone. I didn't touch anyone. I am an innocent man since I was a child.”

Newsome is a convicted sex offender and spent years locked up for other crimes.