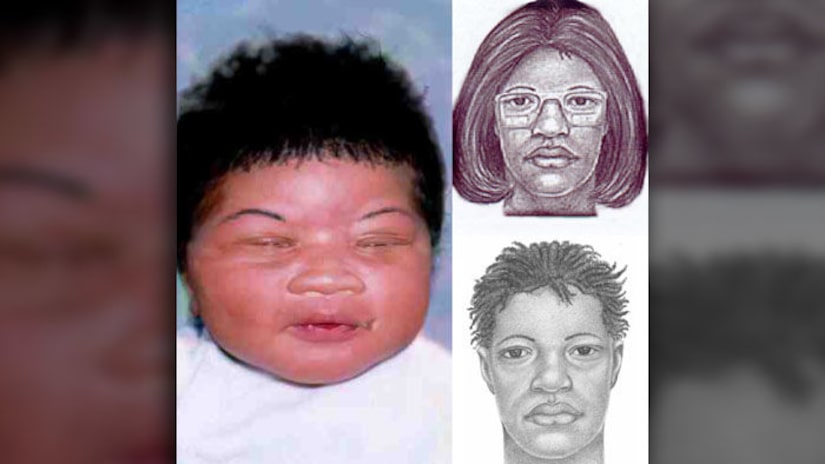 Kamiyah Mobley taken from University Hospital within days of birth

JACKSONVILLE, Fla. -- (WKMG) -- A newborn baby taken from a Jacksonville hospital on July 10, 1998, has been found alive in South Carolina and charged a 51-year-old woman with kidnapping, according to the Jacksonville Sheriff's Office.

The 18-year-old was told the results and a search warrant was served, and a woman named Gloria Williams was arrested and charged with kidnapping and interference with custody.

At a Friday news conference of local, state and federal officials, Jacksonville Sheriff Mike Williams said the victim began to have an inclination beginning a couple months ago.

"She appears to be a normal 18-year-old woman," Williams said. "She's taking it was well as you can imagine. She has a lot to process."

The mother and grandmother of the victim were "elated" when told the news, Williams said.

The search for the baby became a national story. The kidnapper, described as being between 25 and 47 years old wearing a nurses' flower-print nurses-style jacket, teal "scrubs" and surgical gloves, was captured in grainy surveillance video, but was never found.

Williams said over 2,500 tips had come into the JSO or National Center for Missing and Exploited Children over the 18 years since the baby was taken, and even though the detectives working the original case had retired, others never stopped working the case.

According to reports at the time, the mother, who has just turned 16, was befriended by a woman who passed herself off as a Mobley family member to the hospital and a medical professional to the mother. The father was in jail on a charge of lewd assault because of having sex with a minor.

The mother sued the hospital and was awarded a $1.5 million settlement. She has since had three more children.

Other hospitals in Jacksonville and across the nation increased security in their maternity wards.