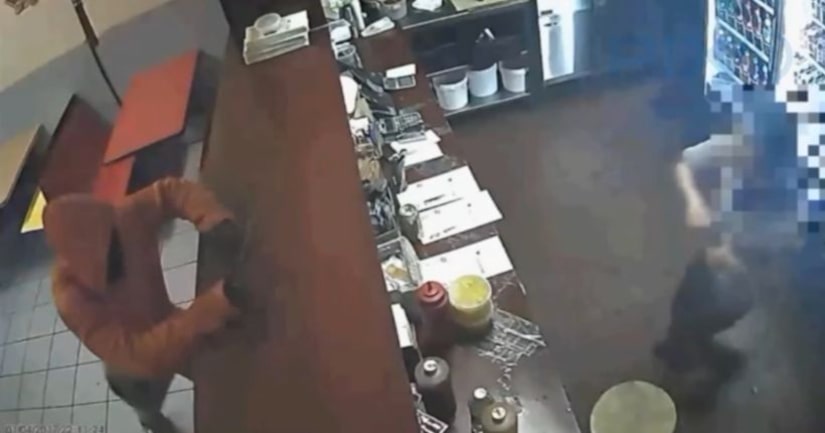 NEW YORK -- (WPIX) -- Police are searching for a knife-wielding man they say has been targeting Brooklyn restaurants.

The suspect has been allegedly robbing Canarsie eateries over the last month. Police say the suspect walks into the restaurants as they're closing and demands money.

He made off with hundreds of dollars from the first three locations but struck out at the fourth.

Two cooks at Chen's Garden Restaurant on Flatlands Avenue bravely fought back against the suspect, using a kitchen utensil and a chair to scare him off.

The cook at Chen's Garden doesn't speak English but spoke to PIX11's Shirley Chan in Cantonese about his terrifying ordeal on Jan. 4th.

He reenacted for PIX11 how he scared the crook off.

Surveillance tape captured the entire incident, showing the suspect wearing a mask while holding a knife.

As the suspect climbed over the counter with knife in hand, he terrifies the cashier. Then the two employees decide to defend themselves.

The cook tells PIX11 his instincts kicked in and he grabbed the first weapon he could find, a spatula used for woks. The spatula along with a chair was enough to scare the robber off and he didn't get any money.