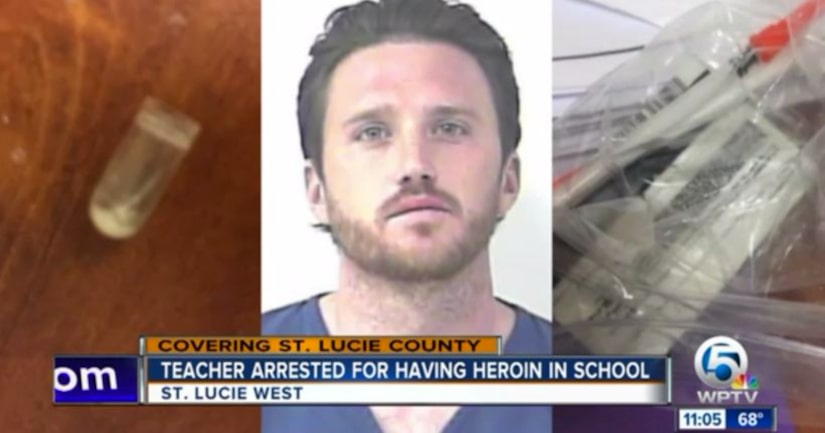 PORT ST. LUCIE, Fla. -- (WPTV) -- A third grade teacher in Port St. Lucie was arrested at his school for possession of drug paraphernalia.

In response to the tip, police met with McLaughlin on Monday, January 9, 2017 at the school. Detectives searched his car parked on campus and no illegal drugs were found.