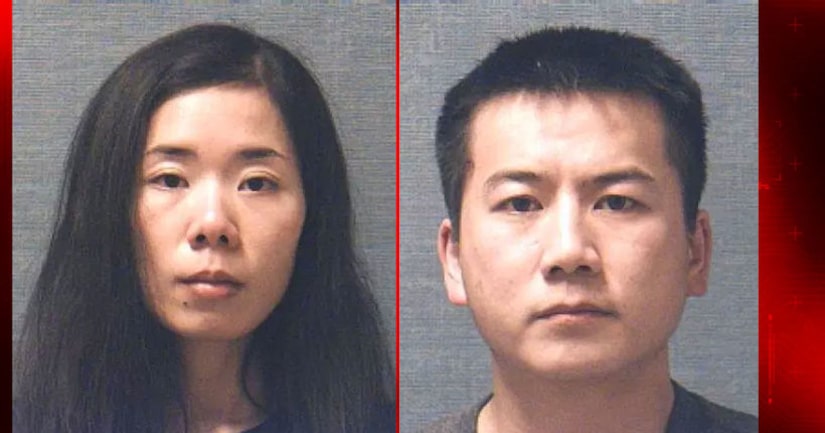 NORTH CANTON, Ohio -- (WXIX) -- The mother of a 5-year-old girl found dead in a North Canton/Jackson Township area restaurant Tuesday has been charged with murder.

Mingming Chen has been booked into Stark County Jail.

The father, Liang Zhao, has been charged with complicity in the case. He has also been booked into Stark County Jail.

Authorities originally believed the girl had wandered out of the back door of Ang's Asian Cuisine, at 4924 Portage St. NW, around 5 p.m. When her mother went to wake her up 4 1/2 hours later, she was missing. Her parents reported her missing from that location.

Police say there was no evidence she'd been taken, though authorities issued a state-wide missing child advisory.

The girl had been missing for several hours when her great uncle Joey Lin showed up at the restaurant. He wanted to help police search the woods, but he was told they already cleared the area behind the restaurant.

Some residents also stopped by the Jackson Township location to see if they could help search.

Hours into the search, the Ohio BCI crime scene unit showed up and covered the restaurant's windows with brown paper. Around 5 p.m. Tuesday, 24 hours since the girl was last seen alive, her body was discovered.

Special agents took pictures of the building and headed inside to the top floor of a unit on Sunset Strip Avenue in North Canton.

Police towed a car from the complex's parking lot Tuesday.