It was a crime that stunned the campus of the University of Texas-Austin. Police say aspiring young dancer Haruka Weiser was stalked, attacked and murdered after leaving class.

It was the first homicide on the campus in more than 50 years.

Haruka Weiser was a beautiful college student, a dance major. The 18 year old was a star dancer at the University of Texas in Austin.

On April 3, 2016, a Sunday night, Haruka left this dance studio and simply vanished. When Haruka didn't show up for classes, cops launched a frantic search. It didn't last long.

The next day detectives found her body in a creek that runs through campus. She was strangled to death, and sexually assaulted. Haruka's killing is the first murder on the UT campus in 50 years. Austin cops were stumped. Who killed this beautiful girl? Then, a big break: grainy surveillance video shows a young man with a backpack on a pink girl's bicycle. From the angle he appears to be fumbling with another bag. Austin Police were tight-lipped about the guy on tape.

Austin Police eventually reveal, it's Meechaiel Criner, a 17-year-old runaway. Cops found him in an abandoned building. Criner was arrested and charged with capital murder.

His attorney, Ariel Payan, tells our Austin affiliate KXAN that Criner has some mental issues. The bag in the surveillance video the man was fumbling with was, according to the arrest warrant obtained by Crime Watch Daily, "belonged to the victim and was the one she had with her when she left the dance building."

But as Criner sits behind bars on million-dollar bond. A strange twist: Justice will be delayed. The Austin Police Department shuts down the DNA testing lab. There's no police laboratory. The Austin crime lab is closed, possibly for the next two years.

State investigators claim they found problems in DNA testing. The murder trial is now stalled because of the lab shutdown. Austin cops sent his DNA samples to a laboratory run by the state's department of public safety.

Criner is expected to plead not guilty. 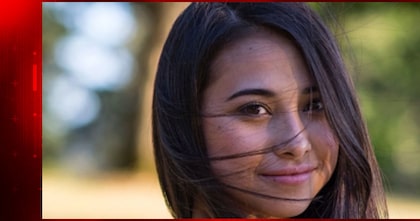 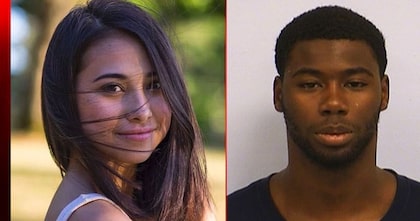